Mahathir Mohamad, the 94-year-old Prime Minister of Malaysia (Mahathir Mohamad), has been making rhetoric against India one after the other to prove that he is no longer functioning in a normal mental state. From being reluctant to send Zakir Naik to India, to remove Section 370 (Article 370) from Jammu and Kashmir and now on the Citizenship Amendment Act, they are making unnecessary and unauthorized false statements against India.

Malaysia is neither a neighbouring country of India nor does it have any complicating issue with India, yet they are not deterring from their antics. Mahathir Mohammed questioned the need for citizenship amendment law and said that ‘when everybody in India has lived together for 70 years, then what was the need of this law’. He even said that ‘people are losing their lives due to this law’.

Now someone should ask him, ‘Do you know the A, B and C of this law?’ He do not know nor are he’s trying to know anything about this by calling the posted Indian Ambassador in their country. But who can control his tongue. Does he know how India is grappling with the issue of infiltration? But once understood, Mahathir of Malaysia has once again commented on India’s internal affairs. Who has given him the permission? Mahathir Mohammad is saying,

“I am sad to see that India which claims to be a secular country is taking steps to take away the citizenship of some Muslims. If we do this in our country, then I do not know what will happen. There will be chaos and instability everywhere and everyone will be affected.”

Mr. Mahathir, Do you know that citizenship amendment law will not take away one’s citizenship? He is saying what will happen if their country passed such a law. There is a need to understand his statement.

In a way, he is also warning about 30 Lakhs (3 Million) Indians of his country. He should apologize publicly for making the said statement. The whole world knows that the people of India settled in their country are considered as second class citizens. Their temples have been continuously broken. Then, Mahathir Saheb keeps shamelessly silent.

You will remember that Mahathir Mohammed had a lot of trouble even when Article 370 was abolished from Kashmir. Then he said in the General Assembly of the United Nations that India has occupied Kashmir. If India takes any important decision regarding any part of it, then the distressed Mahathir becomes (Prophet) Mohammed. Nowadays he is seen standing blindly with Pakistan. He has emerged as a new close friend of Imran Khan. But in Pakistan, from Shia Muslims to Ahmadiyas and Qadis, Hindus, Sikhs and Christians are oppressed along with the society, then their tongue gets stitched. Why then do he become silent?

Due to these actions of Mahathir, business relations of both countries are being affected. Palm oil accounts for two-thirds of the oils used in food in India. India imports 9 million tonnes of palm oil every year and it is mainly from Malaysia. The Indian government may also prohibit other things including palm oil imported from Malaysia. If this happens, the economy of Malaysia with a population of 30 Lakhs (3 Million) will sit. India has also sent strict messages to the Government of Malaysia for restrictive action.

Actually, before speaking, Mahathir never knew about the ground reality. He just keep on speaking.

Mahathir Mohammed is a veteran leader and he should speak only by talking. Who gave him the right to interfere in our internal affairs? The whole world is aware of the situation of Indians in Malaysia. It is normal for their temples to be broken without any reason. Can Mahathir deny this truth? But there is a chance that he should speak in favor of Hindus and other Indians settled in their country. The contribution of Indians in the construction of Malaysia has been fantastic. If the Indian laborers stop going there, then all the development work will stop. But they do not get any reward from the government in return.

Every year at the Pravasi Bharatiya Divas Conference, a large group of Indians come from Malaysia. They all narrate their anguish about how they are openly denied fundamental rights there. Some even cry while narrating their painful tales. Most of these ancestors belong to Tamil Nadu.

About 150 years ago, the British government took them to Malaysia for wages. They still love India with a lot of heart.

Now the Indian government should help these diaspora at all levels. This is also a reason for humanity and also because they are Indian. As it is, the Modi government continues to stand up in favor of the world-born Indians. Mahathir has emerged as the mentor of Pakistan Prime Minister Imran Khan. When almost all Islamic countries are distancing from Pakistan, Malaysia stands with it. It doesn’t matter to India. This is the issue of both countries. Whether their relations are good or bad, it cannot be a matter of India’s interest. But their friendship will be a challenge for India when they propagate falsehood. The good thing is that the world ignores Mahathir’s anti-Indian attitude and rhetoric. But now the Government of India should not delay regarding the imposition of economic sanctions on Malaysia. 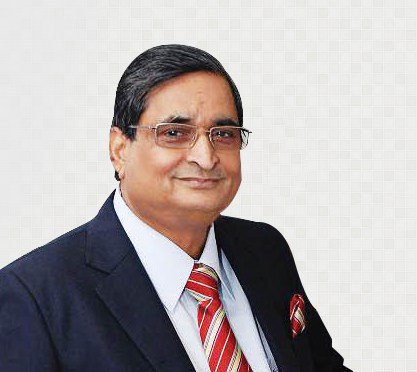 Written by,
Shri Ravindra Kishore Sinha, Member of Parliament, Rajya Sabha. RK Sinha (22 September 1951) is an Indian billionaire businessman, politician and journalist.Sinha is a graduate of Political Science and Law and started his career as a journalist.

Sinha was elected to the Rajya Sabha to represent Bihar State by the Bhartiya Janata Party (BJP) as a Member of Parliament in the Indian Upper House in 2014. His views was shared in www.ichowk.in

No room for women in “New Malaysia”?

BREAKING! CMCO extended in KL, Selangor and Sabah until Dec 31