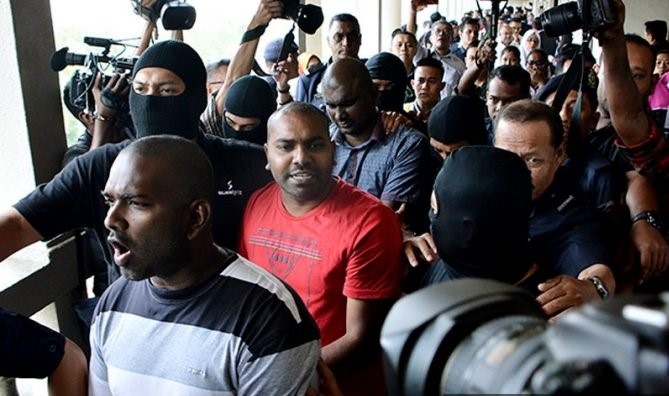 High Court judge Collin Lawrence Sequerah ruled that the provision under the Security Offences (Security Measures) Act, or Sosma, which denies bail for those charged with terrorism-related offences, is constitutional.

“I respectfully am constrained to differ from the decision of my learned brother (High Court judge Mohd Nazlan Mohd Ghazali) in the case of G Saminathan.

“I find that the provision in Section 13 of Sosma in so far as it relates to the absolute prohibition of bail for an accused person charged for offences related to terrorism is constitutional. Therefore, the application is dismissed,” he said, referring to another High Court decision.

Sequerah also said the courts cannot simply be called upon to act on cases related to bail application for an accused person charged with a terrorism offence.

“This is because the foundation or edifice for the exercise of that power is not there. So there is no question of removing judicial power in the first place,” he said.

Earlier this week, High Court judge Mohamed Zaini Mazlan also denied bail to another accused person, B Subramaniam, who is charged with giving support to LTTE through social media.

Zaini also held that Section 13 of Sosma is valid.

The decisions by Sequerah and Zaini differ from Nazlan’s ruling that nullified Section 13, saying that courts could consider bail applications as the judiciary, being an independent arm of the government, existed to check any excesses by the legislature and executive.