Singapore defers haj 2020 for Singaporean pilgrims to next year 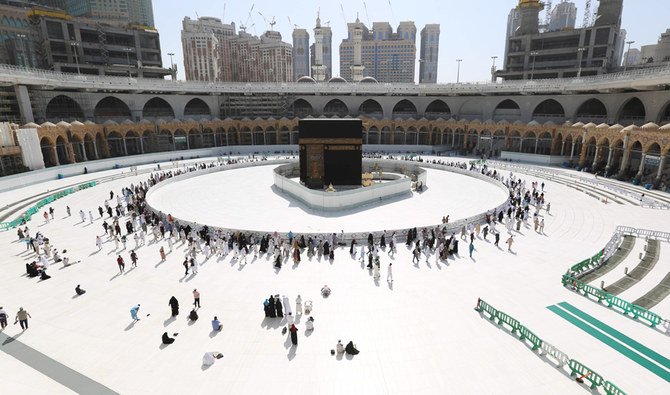 SINGAPORE: Singapore has decided to defer its Haj 2020 plans for all its 900 pilgrims to 2021 due to COVID-19 pandemic, according to the Islamic Religious Council of Singapore (Muis).

Muis in a statement here today said the decision was made with the concurrence of Singapore’s Fatwa Committee and in consultation with the republic’s Ministry of Health (MOH).

Muis noted that the Fatwa Committee had convened to discuss the matter and supports the decision for the deferment of Haj for Singaporean pilgrims to the following year for reasons of their health and safety.

“The Committee is of the opinion that in the current context, not all the pre-conditions for a safe Haj are met, and therefore, they recommend that the Singapore delegation defer its Haj plans in order to avoid potential harm,” said Muis.

Muis hoped that this early decision will help ease the anxieties of pilgrims and their families.

Muis expressed its full confidence in the Kingdom of Saudi Arabia’s management of the pandemic, and that appropriate measures will be put in place should the Haj proceed.

However, Singapore has its own considerations to safeguard the health and well-being of Singaporean pilgrims, said Muis.

Muis noted that more than 80 per cent of the Singaporeans who are scheduled to perform the Haj this year are above the age of 50.

The ministry (MOH) advised that this category of individuals face a greater risk of complications and mortality if they contract the COVID-19 virus, the council said.

Muis said the annual Haj pilgrimage involves the gathering of about 2.5 million people from all over the world, in the city of Makkah.

“This is a large scale gathering, involving pilgrims from across the world. As with the case of overseas travel, there are inherent risks for Singaporean pilgrims to participate in the Haj and contract the virus,” it said.

Muis acknowledged that as of today, the Kingdom of Saudi Arabia’s has not made an official announcement on the status of the Haj pilgrimage for 2020.

In March 2020, the Ministry of Haj and Umrah of the Kingdom issued an advisory to Haj agencies around the world to stop taking on new reservations or payments with respect to the Haj pilgrimage in 2020.