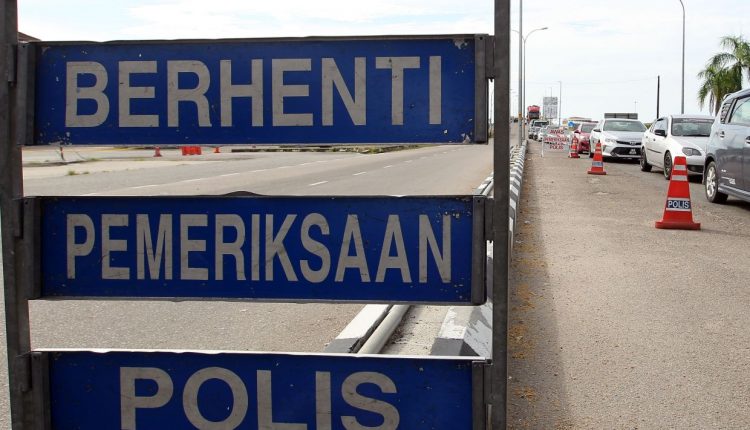 KOTA KINABALU: Roadblocks will be set up at all district borders from Thursday (Oct 1) night in Sabah following the announcement of a travel ban between districts.

Sabah Police Commissioner Datuk Hazani Ghazali said all district police stations have been notified of the ban and the need for the roadblocks to be set up by Thursday night.

“We will also get the help from other security forces such as the armed forces, ” he said when contacted.

He said those working in one district but living in another, for example living in Penampang but working in Kota Kinabalu, about half an hour away, would have to show proof of work and address to pass the roadblocks.

“Those working must have letters from their employers, ” Hazani said.

The ban on travels across districts was not a movement control order or lockdown, he said.

Businesses and offices could still operate as usual but there would be no travelling out of districts.

He said there was some confusion among the public who feared that this meant they had to stay home from work.

“You can still go to work but you are not allowed to travel out of your district, unless you are in the essential services industry, ” Hazani said.

He said the police were ready to handle and act accordingly with regard to the inter-district travel ban.

“We have gone through this in the first movement control order (MCO), that’s why we are prepared, ” he said.

Meanwhile, the dusk to dawn sea curfew in Sabah’s east coasts which ends Thursday, will be extended for another two weeks until Oct 17.

Hazani said the extension of the 6pm to 6am curfew was needed due to continuous threats from cross-border criminals, including from kidnap-for-ransom groups.

He said according to intelligence sources, kidnap-for-ransom groups and Abu Sayyaf militants are still trying to attack and commit cross-border crimes.

“We also want to ensure the safety of the people of Sabah who use the waters and are staying near the Esszone (Eastern Sabah Security Zone), ” Hazani said.

He added that the curfew was to facilitate enforcement and monitoring of boat activities in the area as well as give nearby chalet owners and fishermen a sense of security through the presence of a security team.

“I have also given the authority to all district police chiefs to issue permits to any eligible applicants who fit the criteria to conduct fishery activities in the areas affected by the curfew,” he said.

The curfew was first implemented on July 19,2014, following a spate of kidnappings which saw the beheading of Sarawakian Bernard Then Ted Fed and the killing of several others, including a policeman and tourists. -The Star