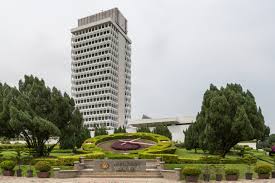 KUALA LUMPUR: A paper on the separation of powers between the attorney-general (AG) and the public prosecutor will be submitted to the Cabinet by year end, de facto law minister Takiyuddin Hassan told the Dewan Rakyat today.

He said the Attorney-General’s Chambers (AGC) was at the final stages of drafting the paper and urged the opposition to support Putrajaya in amending the constitution.

He added that the Pakatan Harapan government had given “excuses previously that it needed two-thirds majority before it could table the amendments”.

Former prime minister Dr Mahathir Mohamad had claimed that his government did not have the majority to make the amendments.

“But something as good as this does not need a two-thirds majority,” Takiyuddin told Khalid Samad (PH-Shah Alam).

Khalid had asked the prime minister to state the government’s plan to amend Article 145 of the Federal Constitution to separate the powers and functions of the public prosecutor from the AGC so as to enhance prosecution power in Malaysia’s justice system.

Takiyuddin said AG Idrus Harun and his most senior officers were preparing a Cabinet paper and were in the midst of completing the draft.

He added that as long as there was support from the government MPs, the amendment could be passed. – FMT