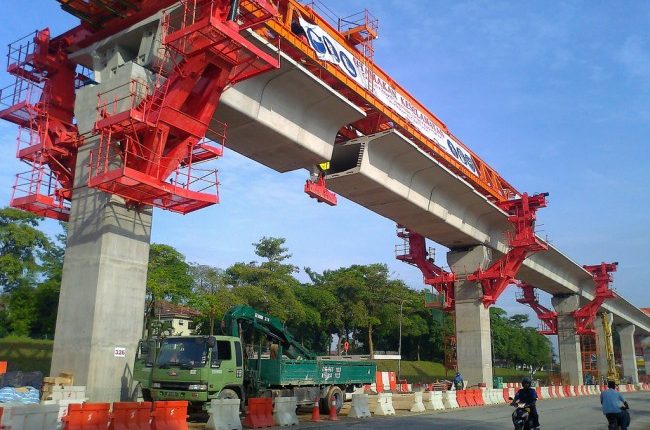 KUALA LUMPUR, Nov 6 — The Federal Government’s revenue is envisaged to turn around by 4.2 per cent in 2021 to RM236.9 billion, or 15.1 per cent of Gross Domestic Product (GDP), on the back of improving economic growth and business prospects.

“The higher revenue is largely attributed to better tax revenue collection, which is estimated to increase by 13.8 per cent to RM174.4 billion,” the Finance Ministry (MoF) said in its Fiscal Outlook and Federal Government Revenue Estimates 2021 report released today.

As a percentage to GDP, tax revenue represents 11.1 per cent while non-tax revenue is at four per cent.

CITA, as the major contributor to direct tax and total revenue, is projected to rebound by 8.8 per cent to RM64.6 billion, in tandem with Improving economic activities and higher-earning expectations, coupled with continuous efforts by the Inland Revenue Board to enhance auditing and tax compliance.

Similarly, PITA is anticipated to rebound by 52 per cent, on account of improved demand and a slightly higher average crude oil price assumption at US$42 (US$1 = RM4.15) per barrel.

For individual income tax collection, it is estimated to be higher at RM42.4 billion attributed to stable employment prospects and sustained wage growth.

Revenue from other direct tax consists of stamp duty, real property gains tax and other taxes is expected to increase by seven per cent to RM8.8 billion.

Collection from indirect tax is anticipated to rebound by 11.4 per cent to RM42.5 billion, mainly contributed by higher Sales and Service Tax (SST) collection.

In 2021, SST collection is forecast at RM27.9 billion, an increase of 13.7 per cent contributed by higher consumption spending.

Likewise, excise duties are estimated to expand by 3.196 to RM8.8 billion in tandem with higher demand for motor vehicles.

However, non-tax revenue is projected to decline by 15.5 per cent to RM62.5 billion in 2021, primarily due to lower proceeds from investment income.

Dividends from Petronas and Khazanah Nasional are estimated at RM18 billion and RM1 billion, respectively.

In addition, the government will continue to receive a special payment from Retirement Fund Incorporated (KWAP) amounting to RM5 billion to partly finance the retirement charges.

For licences and permits, it is estimated to decrease by 3.8 per cent to RM12.7 billion.

Petroleum royalty, meanwhile, is projected to reach RM4.3 billion in consonance with a higher average of crude oil prices.

“With continued efforts to reduce the reliance on petroleum-related revenue, its share to total revenue is forecast to decline further to 16 per cent in 2021.

Consequently, non-petroleum revenue is envisaged to increase by 12.3 per cent to RM199.1 billion.

“The government will continue to strengthen and maximise its tax revenue collection and enhance its buoyancy via tax reform initiatives.

“These include efforts to broaden the revenue base, tap the informal sector, curtail under-reporting and under-declaring practices, reduce tax leakages as well as to enhance tax administration through effective data management and integration with relevant agencies,” said MoF.

In addition, it said, the tax incentive packages will be consolidated and further strengthened to be more targeted, based on a higher impact and cost-benefit approach.

“In the medium term, the federal government will enhance its revenue strategy that is anchored by the Medium-Term Revenue Strategy to ensure sustainable revenue generation,” the ministry added.