My30 to expand to Penang, Kuantan 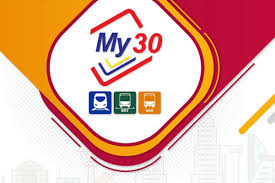 KUALA LUMPUR, Nov 10 — The move to expand the My30 unlimited travel pass to Penang and Kuantan through the 2021 Budget is expected to ease the financial burden of the public in the two areas who pick public transportation.

Kumpulan Prasarana chairman Datuk Seri Tajuddin Abdul Rahman said the introduction of the travel pass too would be capable of boosting the number of Rapid Penang and Rapid Kuantan’s passengers which had dropped following the Movement Control Order (MCO).

‘’The move reveals the government’s determination to help Malaysians who are impacted by the spread of COVID-19.

‘’Indeed, Prasarana believes that encouraging the use of public transportation is the most effective move to spur economic growth which is critical currently,’’ he said in a statement today.

Tajuddin said the Ministry of Transport would fine-tune the implementation of the My30 travel pass before giving the green light to Prasarana to implement the initiative in Penang and Kuantan as soon as possible.

‘’Prasarana also fully supports the Stage Buses Service Transformation Programme, whereby it will be expanded further to states and towns in order to widen further the bus public transportation network from next year.

‘’This initiative is inline with the aspiration of the government to boost the usage of public transportation to 40 per cent by 2030,’’ he said.

Tajuddin said Prasarana also lauded the commitment of the government in the development of the rail infrastructure specifically the Johor Bahru Rapid Transit System to Woodland, High Speed Rail project and MRT3 which would impact directly on the public transportation service network under Prasarana. – BERNAMA

Over 11,000 people in COVID-19 clusters in Penang screened – Jagdeep