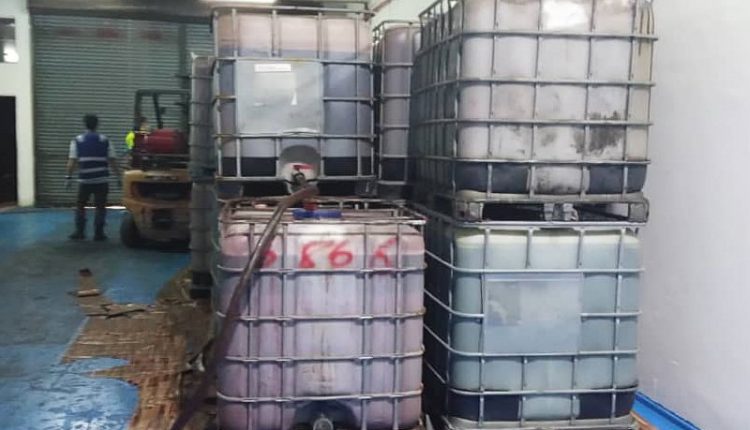 PETALING JAYA: Four people have been arrested by police over the latest odour pollution of Sungai Selangor which has left more than one million Klang Valley households without water since yesterday evening.

Selangor CID chief Fadzil Ahmat said the four, aged between 33 and 43, were arrested between midnight and early this morning in Gombak, Damansara and Kelana Jaya.

Three of them are Malaysians, including one woman, and the other is a Bangladeshi.

In a statement, he said early investigations found that the woman was registered with the Companies Commission of Malaysia (SSM) as the tenant of the premises at Jalan Velox 2 in Rawang, Selangor.

He said the Bangladeshi worked for one of the men, who had stored chemical material at the rented premises.

“It is believed that chemical waste was disposed of through a sewage manhole located on the premises and flowed to the polluted area,” he said. “We will apply for a remand order at the Selayang Court this morning.”

Earlier, FMT reported that the Sungai Selangor pollution had been traced to a factory at Taman Velox, with solvents disposed of through a manhole flowing to an Indah Water Konsortium (IWK) sewerage plant.

A source in the joint investigation team probing the incident said checks on the factory premises found 40 plastic water containers that contained solvents which had the same odour detected at the IWK sewerage plant and the four water treatment plants that were shutdown.

The premises have since been sealed off by the Selayang Municipal Council.

IWK had denied allegations that it was involved in the odour pollution, saying it was caused by third party illegal waste dumping.

The closure of the Sungai Selangor water treatment plants Phase 1, 2 and 3 and the Rantau Panjang plant saw 1,139,008 households in 1,279 areas in the Klang Valley going without water yesterday evening.

Air Selangor said the plants resumed operations early this morning and water supply is expected to be restored in stages from 3pm. -FMT