Pneumonia Death Toll May Rise Due To COVID-19, Says Expert 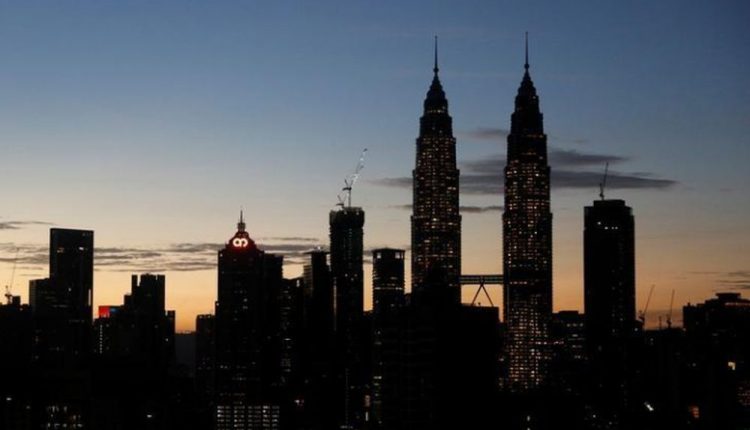 This article is in conjunction with World Pneumonia Day which is observed on Nov 12 every year.

Sadly, World Pneumonia Day does not receive as much recognition as, for example, World Heart Day or Pink October which is the breast cancer awareness month.

The same report also stated that pneumonia remained as the principal causes of death for females at 12.8 percent in 2018 compared with breast cancer (malignant breast neoplasms) at 4.4 percent.

Globally, pneumonia is the single biggest infectious killer of adults and children – claiming the lives of 2.5 million, including 672,000 children aged below five, in 2019, according to statistics by Stop Pneumonia which is an initiative to champion the fight against pneumonia by the International Vaccine Access Center at the United States-based Johns Hopkins Bloomberg School of Public Health.

Health experts, meanwhile, expect this year’s pneumonia death toll to be higher due to the COVID-19 pandemic.

“Hence, this year’s World Pneumonia Day is being observed in light of the unique challenges faced by not only Malaysia but the whole world in having to deal with an increase in COVID-19 deaths due to pneumonia,” he told Bernama in an interview here.

Pneumonia is an infection that inflames the air sacs or alveoli in one or both lungs. Due to the inflammation, the air sacs – where the lungs and the blood exchange oxygen and carbon dioxide during the process of breathing in and breathing out – may fill with fluid or pus, causing cough, fever and breathing difficulty.

“The inflammation is usually caused by bacterial or viral infections and, in some cases, by fungi or parasites,” said Dr Zainudin.

He said COVID-19, a disease caused by the new coronavirus identified as SARS-CoV-2, is a respiratory tract infection that occurs when a person inhales droplets in the air that contain SARS-CoV-2.

Many patients, he explained, only experience infection in the upper respiratory tract, namely in the nose and throat areas.

“However, in some patients the infection spreads to the lung area, resulting in a serious case of pneumonia that can lead to respiratory failure and, sometimes, death,” he said.

Dr Zainudin said pneumonia patients usually have symptoms such as cough and fever that persist for several days that finally lead to breathing difficulty.

The symptoms are the same for most pneumonia cases, whether they are caused by the COVID-19 virus or by some other virus or bacteria, with the infection generally transmitted through droplets in the air.

“In certain cases, pneumonia can occur through blood infected by bacteria,” he said, adding that among the factors that contribute to pneumonia transmissions are close contact with patients, congested surroundings, food containing insufficient nutrients and the standard of living.

He said the delay in starting treatment for pneumonia can cause septic shock or respiratory failure due to blood poisoning.

Although pneumonia can affect anybody, it is more prevalent among children aged below five and adults aged above 60.

“However, it is a little different from COVID-19, where children are somewhat protected from the infection while adults above 60 tend to be severely affected.

He also hoped that the ongoing COVID-19 pandemic would increase public awareness on pneumonia as not many people were aware that the disease can be prevented by taking specific measures such as influenza, pneumococcus, whooping cough and diphtheria vaccinations.

“We have noticed an improvement in awareness in urban areas as the number of people taking additional vaccinations such as influenza and pneumococcus vaccinations is on the rise compared to rural areas,” he said.

The pneumococcus vaccination, which became compulsory for children since last year, can prevent serious pneumococcus bacterial infections that are among the leading causes of pneumonia in children, he added.

TREATMENT ON A PAR WITH ADVANCED NATIONS

Meanwhile, Institute of Respiratory Medicine (IPR) Kuala Lumpur physician Dr Nor Suraya Samsudin said the medical technology used by Malaysian doctors to treat patients with pneumonia, particularly those with fluid in their lungs, has improved and is, in fact, on a par with that of advanced nations.

She said besides X-ray and ultrasound, IPR also uses the plueroscopy procedure whereby a pleuroscope is inserted into the pleural cavity of the lung through a small incision between the ribs.

“This procedure helps doctors to make a more accurate diagnosis as they can take a sample of the lung membrane. Through this procedure, the fluid in the space around the lungs can also be sucked out,” she said.

Basically, there are two types of fluid accumulation in the lungs – pleural effusion and pulmonary edema – that can cause breathing difficulty.

“Not many people know about pleural effusion which refers to the build-up of excess fluid between the layers of the pleura outside the lungs that is caused by bacterial infections, cancer, organ (kidney, liver or heart) failure and inflammations caused by autoimmune diseases.

“Due to the excess fluid (in the lungs), the patient will experience chest pain, breathing difficulty and cough,” she added. – BERNAMA

Hong Kong, Singapore to allow travel without quarantine from Nov 22