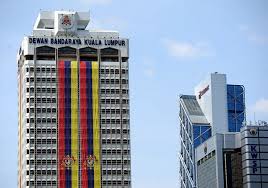 KUALA LUMPUR, Nov 17 — A total of 97 sale transactions on Kuala Lumpur City Hall (DBKL) land was carried out without referring to any standard operating procedure (SOP) since 2011, according to Parliament’s Public Accounts Committee (PAC).

Its chairman, Wong Kah Woh said based on the proceedings conducted, PAC found the process was too lax and was exposed to abuse of power and lacked protection for DBKL and Kuala Lumpur residents.

Wong said PAC found DBKL did not have any SOP for the disposal or sale of its land.

“It was only after 2015 that DBKL had improved the land sale and disposal process by empowering the Privatisation Committee with the provision of a checklist incorporating more detailed procedures which obtained ISO certification (in 2017),” he said.

He said in a media statement on the tabling of the PAC Report on transaction of land owned by DBKL under Federal Territories Ministry.

Wong said apart from the issue, PAC also found the draft Kuala Lumpur City Plan 2020 approved by the minister was different from draft plan displayed to the public in 2008 and the gazetted plan has yet to obtain feedback from all stakeholders.

He said more than 200 development orders (DO) had been issued by DBKL while awaiting the approval by Federal Territories Minister on the plan which may cause negative effects to the environment by converting commercial zones and amending the density (plot ratio).

Wong said PAC also found the management of Yayasan Wilayah Persekutuan (YWP) which was involved in the purchase of DBKL land was exposed to conflict of interest as the Federal Territories Minister and Kuala Lumpur mayor are the foundation’s chairman and trustees board member respectively.

Apart from the management, YWP which is a company registered under the Companies Act 1965 is not monitored by any authorities including the National Audit Department.

In this regard, PAC has proposed to the government that the sale and disposal of DBKL land should be conducted transparently based on a comprehensive set of SOP apart from reviewing the 2020 Kuala Lumpur Master Plan by taking into consideration changes made in the original draft.

He said PAC also proposed that the functions of YWP be relooked in line with the objectives of its establishment to protect the interest of Kuala Lumpur residents while its status should amended into a statutory body to enable more effective monitoring by the government.

According to him, members of the public can study the PAC Report on sale of DBKL land under the ministry and can download the report from PAC website at www.parlimen.gov.my/pac. – BERNAMA

Zoo Negara running out of money

Over 8,000 illegal immigrants nabbed for trying to enter country since May 1 – Ismail Sabri