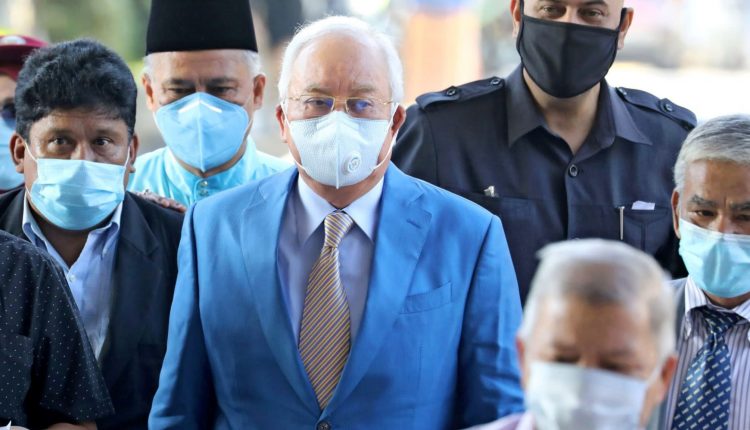 KUALA LUMPUR: Former Malaysian prime minister Najib Razak asked a US court on Tuesday (Nov 17) for permission to seek documents and testimony from investment bank Goldman Sachs to help in his defence against criminal charges in Malaysia over the 1Malaysia Development Berhad (1MDB) financial scandal.

Najib, who is on bail after being sentenced to 12 years in jail in July on charges of corruption and money laundering, is expected to appeal the conviction in February next year and faces four more trials related to the scandal.

The US Justice Department has said about US$4.5 billion was misappropriated from state fund 1MDB, which Najib co-founded in 2009, including some funds Goldman had helped raise for the firm.

In a court filing in New York, Najib said Goldman Sachs and its former Southeast Asia chairman, Tim Leissner, probably had evidence that 1MDB officials schemed to defraud the fund and were now falsely implicating him to avoid responsibility.

Najib added that efforts by Leissner and others to hide the money trail misled him to believe that 1MDB funds that went into his accounts were political donations from the Saudi royal family.

“This effort spanned continents and multiple jurisdictions, included the deployment of an array of shell companies, and involved numerous individuals,” Najib said in the filing.

A Goldman Sachs spokesman declined to comment, as did a lawyer for Leissner.

Goldman has agreed to pay more than US$5 billion, including a record US$2.9 billion in the United States, to settle investigations into its role in underwriting US$6.5 billion in bond sales for 1MDB.