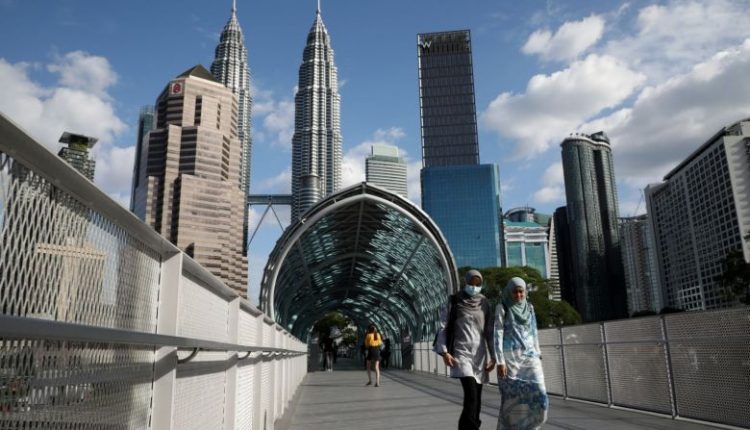 For her, operating her business out of a co-working space has been a much better experience than working from home (WFH) when they first started out.

“We started in 2017 on a WFH basis, but it didn’t really work for me. It proved to be ineffective and we weren’t as productive as now,” Shamsiah said.

She decided to shift to a co-working space in late 2019, since traditional office space was too costly for her.

“It’s been much more productive, not just in terms of our own output, but we also get to interact with other companies from different industries, share ideas and insights and so on,” Shamsiah added.

Co-working spaces have been growing in popularity in the Klang Valley over the last few years.

Knight Frank Malaysia, a real estate consultancy firm, estimated that the co-working sector in the Klang Valley has doubled in size from 2017 when operators took over about 725,000 sq ft of space.

According to its latest data, there are 66 co-working operators in the Klang Valley across 160 spaces and totalling about 1.87 million sq ft, of which nearly 86 per cent are in purpose-built offices.

“This sector was expected to continue its growth until the pandemic hit, which put co-working operators in especially tough cashflow positions as the MCO forced centres to close and subsequently, some members opted to terminate their contracts,” he said, referring to the nationwide lockdown known as the movement control order introduced on Mar 18.

However, there is a silver lining to this cloud. As a result of the MCO – and another round of restrictions in mid-October to control Malaysia’s third wave of COVID-19 cases – some local businesses have shuttered, either temporarily or for good.

Others have resorted to WFH as a means of reducing their employees’ risk of contracting COVID-19. Some of them either let the leases of their existing offices expire, or downsize to smaller premises to manage costs.

There are also some companies and start-ups who turned to co-working spaces as WFH is not always the ideal option, spurring growth for the operators of such spaces.

“NOT IMMUNE TO COVID-19 IMPACT”

Providing a glimpse into the potentials of the co-working space industry, WORQ chief financial officer and co-founder Andrew Yeow revealed that the company’s revenue has grown over sixfold in three years.

From its first space in Damansara Heights, Kuala Lumpur in 2017, it now has 12 venues in the Klang Valley and one in Penang. It also runs five co-working spaces in the Philippines and two in Thailand, with a total of over 400,000 sq ft of spaces under its management.

“Like most businesses, we were not immune to COVID-19’s impact and the immediate economic consequences of the MCO,” said co-founder Juhn Teo.

His co-founder Erman Akinci added that aside from the dry-up in prospects or marketing leads as well as drawing new retail customers, the general uncertainty made it difficult for members to decide on whether they wanted to renew their memberships.

As Malaysia transitioned into its first conditional MCO back in May, Akinci said the premises saw a quick return of about 10 per cent of their membership.

“Understandably, some members preferred to work from home until the recovery MCO but on the other hand, there were members who were quite eager to restart their business engines.

“In fact, once we opened up and were able to do a few tours of our spaces, we managed to close several new membership contracts quite immediately,” Akinci recounted.

Stephanie Ping, WORQ’s co-founder and CEO, noted that during the COVID-19 period, the co-working space saw a higher churn rate of customers leaving and downsizing. However, there was also new demand from customers who need flexibility in these uncertain economic times.

Both WORQ and Common Ground said they worked with their existing members during lockdown, hosting online community events or offering reliefs such as rebates as no facilities could be utilised.

“The team focused on driving more value for our members with the aim of getting them in the best possible position to navigate the complexities of this situation (the MCO) better,” said Teo of Common Ground.

While Common Ground did not reveal revenue figures, its founders said that the company had seen a surge in requests from companies who needed to place their workforce in alternative office spaces quickly, or implement split-team structures.

“These companies were looking for flexible office spaces, without crowding their own,” Teo said.

“We have also seen other silver linings coming out of the lockdown, with larger corporates which approached us to assist them in shifting to a ‘core and flex’ workspace, where the headquarters is reduced to core teams or the back office.

“Meanwhile, the rest of the workforce is given the flexibility to work from a variety of our suburban locations,” he added.

Business continuity plans or packages (BCPs) have been designed by co-working space operators as a draw for companies emerging post-lockdown.

“We did also offer BCPs targeted at companies who want fast solutions in supporting their workforce post-MCO, which offer move-in ready, and fully-equipped business suites, private offices, hot desks or meeting spaces which can be rented out for a short-term period,” Teo added.

Another means of attracting new customers, either as individuals or on a corporate basis, is to offer attractive subscription packages for a limited duration.

Common Ground, for instance, recently introduced an “11.11” sale where hot desks subscription, usually priced at RM499 a month, was discounted to RM299.

Likewise, WORQ, which has slightly different rates for each of its outlets, also reduced its subscriptions for hot desks, fixed desks and suites, such as RM200 for a hot desk instead of RM400, until the end of the year through its “Uplift” initiative.

While navigating the challenges presented by the pandemic, the co-working spaces also continue to play a role in building up Malaysia’s start-up ecosystem through partnerships with the government, whether at federal or state level.

A number of co-working locations are participants in Malaysia Digital Economy Corporation’s (MDEC) Malaysia Digital Hub certification programme, which aims to catalyse, attract and maintain a healthy start-up ecosystem in the country.

While basic provisions for connectivity and comfortable amenities are de rigueur for any co-working space, a number of additional requirements are involved to qualify for the certification.

These include the availability of funding opportunities and facilitation, talent development, a key tech anchor for growth collaboration, and generally providing a conducive environment for start-ups to grow.

“The Malaysia Digital Hub initiative was created by MDEC, as we were inspired by Silicon Valley. While we understand that we might not be able to recreate Silicon Valley exactly in Malaysia, we can recreate the thinking behind it, and bring in the elements that we think will make the difference,” said Gopi Ganesalingam, vice president of MDEC’s Global Growth Acceleration Division.

These elements included entrepreneurs, as well as corporate and government bodies who understand the fundamentals of a thriving start-up ecosystem and have sound knowledge of the co-working business.

These digital hubs also feature a technology partner to assist start-ups in building their platforms as well as various financing opportunities, either in the form of a venture capitalist (VC) network that the co-working space operator can bring to the table, or connections to MDEC’s own VC and funding network.

The programme has grown from seven certified digital hubs when it first started, to 20 in the Klang Valley as of November 2020.

To help local businesses and start-ups struggling with the Klang Valley office rental and signing long-term contracts in a period of economic uncertainty during the COVID-19 pandemic, co-working space operators who are certified Malaysia Digital Hubs have also collaborated with MDEC to offer a limited period Digital Hub Passes.

This means that a day pass, which originally costs RM50 at Common Ground or RM45 at Dojo KL, will only cost RM10 for a hot desk seat.

LOOKING TO THE FUTURE

Since Malaysia lifted its strict MCO, some co-working spaces had recovered to their previous occupancy rates, Knight Frank’s Teo pointed out.

Others on traditional leases continued to face immense challenges in filling up due to the economic uncertainty and competition, he added.

Akinci from Common Ground opined that for the future, smaller players would exit the market, as they lacked the scale of community, connectivity and resourcefulness their larger counterparts possess.

“I think we will also see a lot of co-working spaces who mirrored WeWork’s business model bowing out as they are locked into a lot of contracts with their landlords that are unfavourable,” he said.

The WeWork model predicates on long-term leasing or outright purchases of office space, and then renting them out short-term to businesses, start-ups and freelancers, while WORQ and Common Ground run their operations on a joint venture model with building owners.

“And during times like these, with the pandemic and recession, leases like that involving heavy financial payments can really be a deal breaker,” he said.

Yeow of WORQ said in a scenario where there were no strict lockdowns, the operator expects to gradually improve towards full occupancy rate in the next six months.