Better housing for workers by next month, assures Top Glove 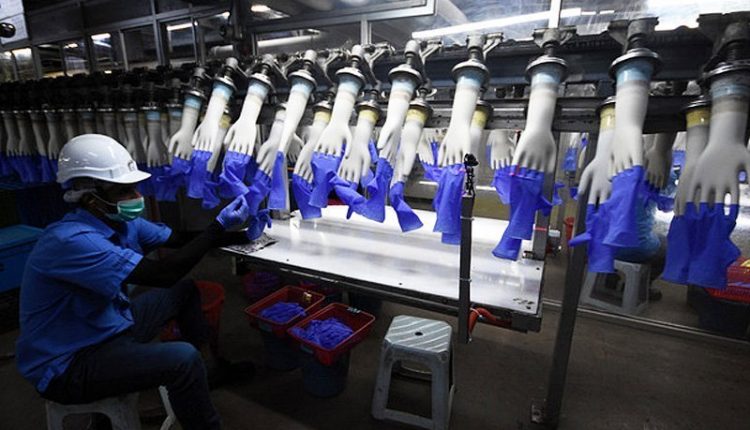 PETALING JAYA: Top Glove today said the living conditions of its workers in Ipoh will be up to grade by next month.

This follows a raid by the Labour Department yesterday that uncovered several violations under a newly enforced housing standards law for workers.

The government started enforcing the amendments to the Workers’ Minimum Standards of Housing and Amenities Act 1990 (Act 446) yesterday after a rise in Covid-19 cases linked to construction sites and factories.

Foreign factory and construction workers are known to live in cramped conditions.

The department had noted the “overcrowding and unsanitary” accommodations at Top Glove’s workers’ hostels in Ipoh during yesterday’s raid.

Top Glove — the world’s largest medical glove manufacturer — said it had been working on improving conditions since July.

“Top Glove wishes to clarify that we are in the process of improving the living quarters of our workers to meet the requirements of the Workers’ Minimum Standards of Housing and Amenities Act 1990 (Act 446),” the company said in a statement.

“Part of our efforts towards this was the rental of eight units of new shoplot hostels for our workers in Ipoh. Six have been occupied while another two are in the process of being set up for the workers.

“The exercise to move workers in is ongoing and expected to be completed by early December,” it said.

Amendments to the Act came into force on June 1, mandating a minimum space requirement for workers’ accommodation, basic facilities, and safety and hygiene standards.

Employers were given a grace period until Aug 31 to comply, with the human resources ministry previously stating it would start enforcement on Sept 1.

The Malay Mail quoted the department’s labour standards director Mohd Asri Abdul Wahab as saying inspections at Top Glove’s 13 hostels in Ipoh found that even the living room and dining areas were being used for sleeping.

“Under Act 446, workers are only allowed to use these rooms for sleeping if they stay in a terrace house,” he was quoted as saying.

Asri said employers found guilty of violating Act 446 could be fined a maximum of RM50,000 per worker. -FMT

30% of Malaysians expected to be vaccinated against COVID-19 next year: PM Muhyiddin