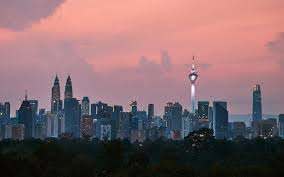 He said these projects include the Sarawak Water Supply Master Plan and Water Grid, the extension of pipelines to communities which can be connected to the existing water supply network system and the implementation of the Sarawak Alternative Rural Water Supply (SAWAS) project to cover remote rural areas.

“Apart from these projects, my ministry has also embarked on a holistic Non-Revenue Water (NRW) management programme in order to reduce NRW to 25 per cent in Sarawak,” he said when speaking at a memorandum of understanding signing ceremony between his ministry and the Malaysian Construction Academy and Sarawak Skills Development Centre, here.

He said Sarawak has been aspiring to have world class utilities which would be reliable, economical, safe and sustainable throughout the State to uplift the social well-being of the people.

“Under the 11th Malaysia Plan, the State Government had approved RM6.1 billion for 704 water supply related projects to be implemented throughout Sarawak. Fifty-five per cent of these projects have been completed with the remaining 45 per cent still under various stages of implementation,” he said.

Currently, the overall water supply coverage in the state is 84.1 per cent and Sarawak targets 100 per cent coverage by the year 2025.

Meanwhile, Dr Rundi said the signing ceremony with the two learning institutions today was an important milestone for the ministry in its efforts to increase the number of qualified pipe fitters and mains layers.

“This is indeed very timely as we foresee that we will need a lot of pipe fitters and mains layers following the expected implementation of many water supply projects as well as building projects in the upcoming 12th Malaysia Plan,” he added.