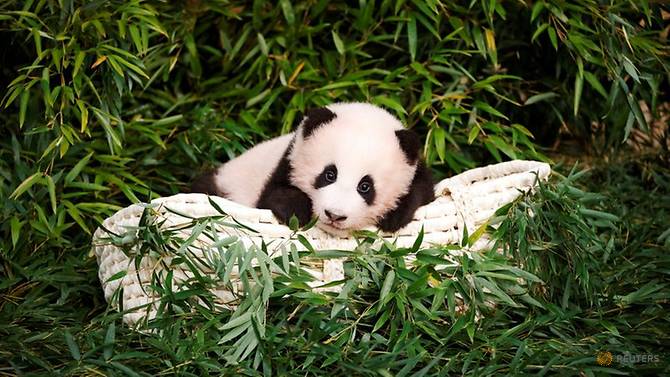 WASHINGTON: Giant pandas will remain at the Smithsonian’s National Zoo in Washington for another three years under an agreement reached with Chinese wildlife officials, the zoo said on Monday (Dec 7).

The panda loan deal between the United States and China had been set to expire in December.

The National Zoo said it had signed a three-year extension with the Conservation Biology Institute and China Wildlife and Conservation Association.

“Along with millions of Americans, I look forward to the next three years, watching Xiao Qi Ji grow and making further strides in conservation and in our understanding of giant pandas,” said Steve Monfort, director of the Smithsonian’s National Zoo and Conservation Biology Institute.

The National Zoo has hosted giant pandas from China since 1972 and Mei Xiang and Tian Tian have been at the zoo since December 2000.

Xiao Qi Ji is their fourth surviving cub. The other three were returned to China.

There are an estimated 1,800 giant pandas in the wild in China, mostly in Sichuan Province, and some 600 living in zoos and breeding centers around the world.

AirAsia ‘quietly optimistic’ about 2021 with focus on Asean