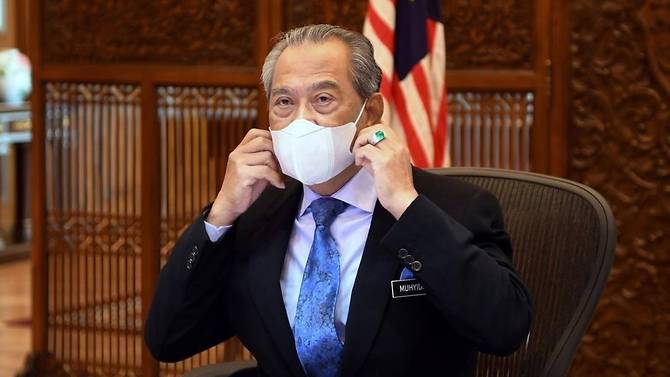 KUALA LUMPUR: There are no signs that Malaysian Prime Minister Muhyiddin Yassin is losing the support of the Members of Parliament (MPs), and hence tabling confidence motions is presently not a priority for the government, said Minister in the Prime Minister’s Department (Parliament and Law) Takiyuddin Hassan.

Mr Takiyuddin was responding to a parliamentary question on Thursday (Dec 10) by Pasir Gudang MP Hassan Abdul Karim who asked if the 25 motions of no confidence and two confidence motions filed on Mr Muhyiddin’s position would be tabled, debated and voted in parliament.

Mr Takiyuddin outlined that while MPs are allowed to file these motions, Article 15(1) of the Standing Orders of parliament states that government business must be prioritised over other business during a parliamentary sitting.

“Since there are no signs that Pagoh MP (Mr Muhyiddin) has lost support, (and that) the government believes that the motions of no confidence and confidence are specific motions and (should be) based on the needs of the people, I am sure this House knows they are not something that must be prioritised,” said Mr Takiyuddin.

He explained that Mr Muhyiddin remained the rightful prime minister of Malaysia as he was appointed by the king following due process in March, after attaining the support of 114 MPs, more than half of the 222 federal parliamentarians.

Mr Takiyuddin also noted that opposition leader Anwar Ibrahim had claimed in September that he had the support of the majority of MPs to be the prime minister.

However, the de facto law minister pointed out that after Mr Anwar’s audience with the king in October, the palace released a statement highlighting that Mr Anwar only presented the total number of MPs that supported his bid, but not a full list identifying who the MPs were to strengthen his claim.

Mr Muhyiddin, who pulled Parti Pribumi Bersatu Malaysia out of Pakatan Harapan to join forces with Barisan Nasional and Parti Islam Se-Malaysia to form the federal government in late February, only commands a razor-thin majority in the House.

In October, he sought to declare a state of emergency as the number of COVID-19 cases in the country continued to rise.

The proposed state of emergency would have suspended the parliament, which was due to table and debate the 2021 budget in November and December. However, the king had rejected the suggestion.

On Nov 26, the budget was passed at the policy stage following a voice vote. Only 13 MPs stood up to protest the vote, short of the 15 required to enforce bloc voting.

As of Thursday, the budget allocations for each individual ministry that had been put forward at the committee stage were also passed by either bloc vote or voice vote.

Mr Takiyuddin highlighted that this was another indication that Mr Muhyiddin still garnered support of the majority of MPs.

He noted that the opposition had earlier stated that if the 2021 national budget did not pass, it would be a “reflection that the prime minister has lost majority support”.

But the budget was passed on Nov 26 with a voice vote, with few disagreements from the MPs, he said.

“This is on the record in this House. Hence, there is no valid point to say that there has been a reduction or loss in majority support for Pagoh (Mr Muhyiddin),” he added.