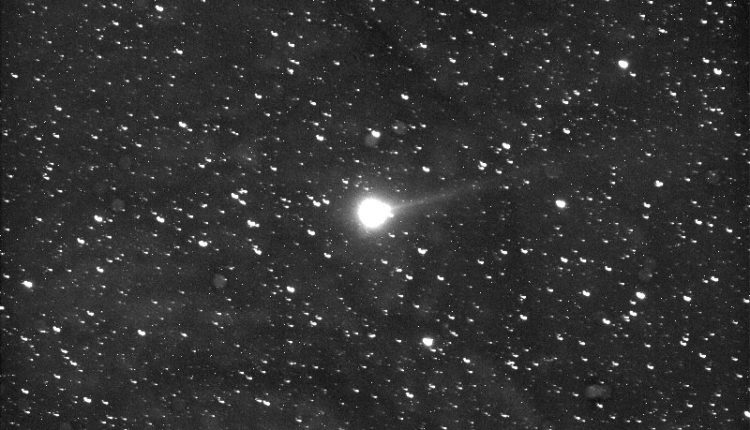 BALIK PULAU, Dec 14 — Students and astronomy enthusiasts in Balik Pulau, Penang had one of their best experiences observing the Geminid meteor shower as the environmental condition at the observatory was near perfection.

Caused by an asteroid named 3200 Phaethon, the Geminid meteor shower is one of the most active and dependable meteor showers occurring around December every year.

Astronomical Society of Penang (ASP) senior member Lim Choon Kiat said that the time period between 10pm Sunday (Dec 13) and 9am Monday (Dec 14) was when the maximum number of Geminid meteors can be seen.

He said that if the ideal environmental conditions are met, observers could witness the peak activity of the meteor shower.

“For the Geminid meteor shower, we could see between 120 and 150 meteors per hour if the environment is perfectly dark and the night skies are completely clear,” he told Bernama at his observatory in Pulau Betong, Balik Pulau when observing the meteors on Sunday night.

He said that the night on Dec 13 was almost perfect as it coincided with the old moon, which makes the meteors more visible without the glaring moonlight.

“It was pretty cloudy when we started our stargazing activity around 10pm, but the skies were mostly cleared from midnight onwards,” he said.

Around 20 observers from the ASP and Universiti Sains Malaysia (USM) participated in the Geminid meteor shower observation.

Lim explained that the previous meteor shower observations used to be opened to the public and have catered to hundreds or thousands of curious observers.

“However, due to the COVID-19 pandemic and the Movement Control Order, we only limit to just around 20 participants who have made their pre-registration,” he said, adding that they also broadcast a live stream of the Geminid Meteor Shower through social media platforms.

ASP president Prof Dr Chong Hon Yew said that the meteor shower observation activity concluded at 6 am on Monday (Dec 14) and saw a total of 323 Geminid meteors, including 10 “fireballs”.

A “fireball” meteor is described as a significantly brighter meteor, while still lasting for mere seconds before disappearing.

“Several ASP members were able to capture some meteors and a fireball on images and on video,” he said.

Around 3.44 am, photographer Alex Oon, 43, managed to capture a photo of a green fireball meteor passing through the Orion’s Belt.

He said that he had nearly given up and about to call it a night as his camera’s battery was nearly empty and the memory card storage was almost full.

“My camera battery was only at two percent, but I decided to go for one final push. I am so glad that I managed to capture this lucky shot before my battery died,” he said. – BERNAMA