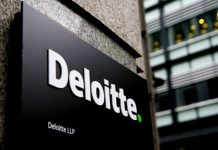 KUALA LUMPUR: The decision by the Securities Commission (SC) to impose a fine of RM2.2 million on Deloitte PLT was appropriate and proportionate to the gravity and seriousness of the breaches committed by the auditing firm, said High Court Judge Mariana Yahya.

In dismissing Deloitte’s application for a judicial review to challenge the ruling by the SC, she said the court was of the view that the SC had not misdirected itself in law or failed to take into account relevant consideration in arriving at its decision.

“The respondent (SC) has applied the proper construction and interpretation of the relevant legislative provisions in light of duties and responsibilities of the respondent as a regulator of the capital markets.

“The applicant has failed in any event to demonstrate that the decisions of the respondent or any part of them amounts to a decision that no reasonable authority could have ever come to.

“The decision does not suffer any infirmities of legality and the grounds of challenge raised by the applicant do not disclose any other flaw for this court to take into measurement by way of judicial review.

“Accordingly, the court dismisses the applicant’s application for judicial review with costs of RM20,000,” she said.

Malik, when met after the proceedings, said he would consult his client on whether to file an appeal against the decision.

It was reported earlier that the SC fined Deloitte a total of RM2.2 million for four breaches linked to the RM2.4 billion bond (sukuk) issued by Bandar Malaysia Sdn Bhd (BMSB), a 1MDB subsidiary in 2014.

On Nov 14, 2019, Deloitte filed the judicial review application against the SC’s decision to dismiss its application to review the administrative sanctions and retained the sanctions imposed.

In its application, the auditing firm sought to overturn the SC’s review decision on Aug 19, 2019, which maintained the RM2.2 million fine against Deloitte imposed on Jan 30, 2019.

Deloitte also sought for a certiorari order to quash the SC’s review decision to impose the fine, besides seeking for the return of the RM2.2 million it paid as a fine to SC in the event that the court rules in favour of its judicial review application, costs and any further order deemed fit and appropriate by the court. – FMT