I don’t know what I’m going to do – Messi 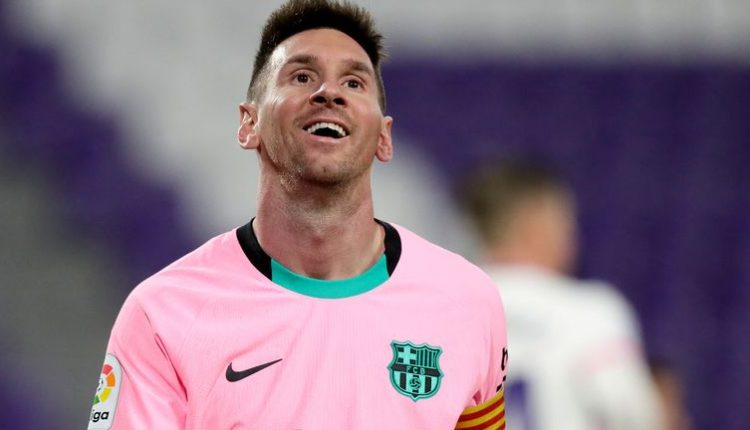 BARCELONA: Lionel Messi has yet to make up his mind if he will terminate his two-decade long relationship with Barcelona at the end of this season, hinting that he could end up seeing out his playing days in Major League Soccer.

The Argentine’s future has been a hot topic ever since he tried to leave Barcelona in August. He had to put those plans on hold till the end of the 2020-2021 season as the club insisted on enforcing the €700-million (US$854 million) exit clause should another club wants to snap him up.

But with the Catalans languishing in fifth place in La Liga and a lot of upheaval going on within the club, Messi described Barcelona’s plight as “really bad”.

From January, Messi will be free to negotiate his next move as he will enter the final six months of his contract.

“I don’t know what I’m going to do yet, I’m going to wait until the season ends,” Messi said in an interview with Spanish television channel La Sexta broadcast on Sunday.

“I’d love to experience living in the US, playing in that league and living that life but I don’t know whether it’ll happen.

“Right now, the most important thing is to focus on the team and finish the season well, to focus on trying to win trophies and not get distracted by other things.”

The Argentine did not hide his pessimism about the club, who have made their worst start to a season in 33 years and are in a deep financial crisis due to the impact of the coronavirus pandemic.

“It’s a difficult moment for the club, for everyone, but those inside the club know that it’s in a really bad situation, things are very bad and it’s going to be difficult to return the club to where it used to be,” he added.

Malaysians up in arms over pothole apology by district works dept