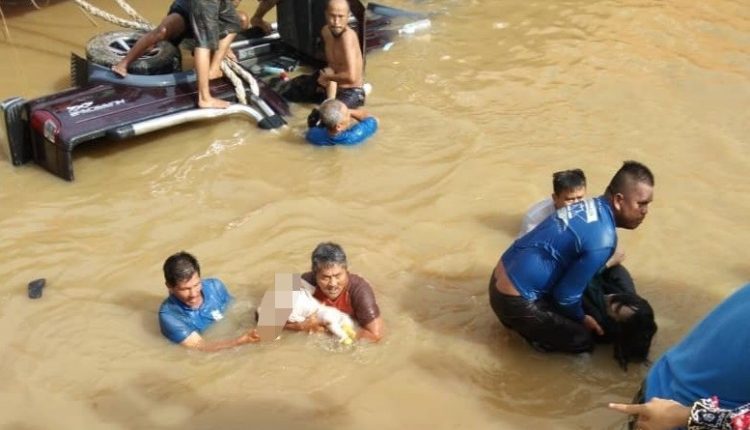 SIBU, Jan 4 – With less than 24 hours left for the cremation to take place at the Nirvana Memorial Park, the family of the victims of the Triso Ferry Point tragedy is in dire need of financial help from the public.

The late Lorna Ting’s elder brother, Hing Ping, said the family is short of more than RM20,000, to cover the cost of the cremation which is more than RM60,000.

“We already have more than RM40,000 in hand so far. It has already been four days since my sister and her sons died. The cremation has to be conducted tomorrow,” he told Bernama today.

Hing Ping said those who wish to donate can do so via bank transfer to Hing Ping’s Public Bank account number 6836868234 or personally come to meet him at the Sibu Mortuary.

He said some individuals have promised to help but so far have yet to hand over the donations.

“We humbly appeal to the public to help us so that we can proceed with the funeral,” he said.

Lorna Ting, 33, and her two sons Alvin Phang, 12, and Wallace Phang, seven, died after a four-wheel drive vehicle they were travelling in with six other family members plunged into the Batang Lupar River on Friday.

Also perished in the tragedy were Lorna’s elder sister Siti Aishah Abdullah, 36, and her five children, Mohd Aiman Mohd Hamzah, seven, Muhd Mustaqin, five, Khairunnisa, 14, Nor Shuhada, 16, and four-month-old Mohd Ahmad. They were on their way to Kuching to send Siti Aishah’s daughters to a madrasah school.

Ting’s husband Phang Wei Beng yesterday said the remains of his loved ones would be cremated and the ashes interred at the memorial park tomorrow morning.- BERNAMA