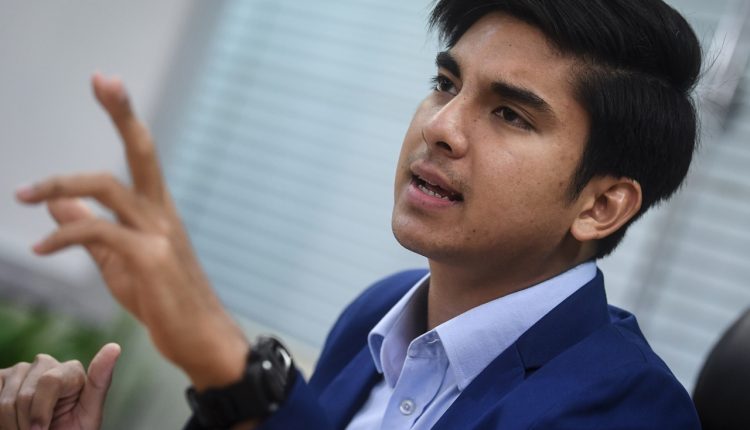 KUALA LUMPUR: The Attorney-General’s Chambers (AGC) has objected to an application for leave for judicial review by Syed Saddiq Syed Abdul Rahman and 12 others to challenge the decision of the Registrar of Societies (RoS) to their application to register the Malaysian United Democratic Alliance (Muda) as a political party.

Senior federal counsel Ahmad Hanir Hambali said the objection was made on the grounds that the application was premature and an abuse of the court process.

“We argue that the applicants did not appeal to Home Minister Datuk Seri Hamzah Zainuddin first before filing for leave for judicial review as provided under Section 18 of the Societies Act 1966 and that Muda had 30 days from Jan 6 to make its appeal.

The court set Feb 4 for the decision on the judicial review application,” he told reporters after attending the virtual hearing of the application before High Court judge Datuk Seri Mariana Yahya today.

Meanwhile, the lawyers for Muda, in a statement, explained that the AGC had objected to the leave on the basis that the remedy of appeal against the RoS decision to the minister had not been exhausted.

“We contended that, through various representations, the minister had essentially pre-judged the matter and therefore it would be of no utility to appeal to him. Further, and in any event, the court is not precluded from considering this matter at the substantive stage,” the statement said.

On Jan 12, the 13 filed their application for leave for a judicial review by naming RoS and the Home Minister as the first and second respondents to seek an order to cancel the RoS’ decision in refusing to register Muda as a political party under Section 7 of the Societies Act 1966.

Syed Saddiq, in his supporting affidavit, said they received the letter from RoS on Jan 6, which stated that Muda’s application did not meet the First Schedule of the Societies Act 1966 and that the application was rejected in accordance with Section 7(3)(e) of the act.

“There is an omission from the RoS to explain in detail the small paragraph or provision under the First Schedule which is not complied with by Muda. We could not find out about the alleged non-compliance and could not correct it.

“Muda has fully complied with all the provisions of the First Schedule of the Societies Act 1966. Therefore, there is no basis to reject the Muda registration application,” he said. – BERNAMA