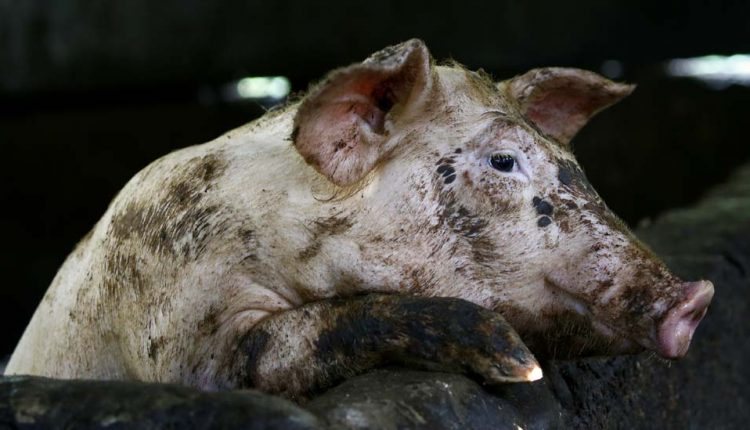 KOTA KINABALU: Sabah has gone on the alert after it detected the first case of African Swine Fever (ASF) among pigs in the state’s northern Pitas district.

This, he said, included prohibiting outsiders from entering the farms, disinfecting incoming vehicles and changing their attire after visiting the farms.

Traces of the disease, he said, were only found among domestic pigs in Pitas and not the wild bearded pigs or wild boars, whose corpses were discovered in the neighbouring districts of Beluran and Kinabatangan in late January.

“We are fortunate that Pitas is not a pig producing district.

“It is home to only a few hundred kampung pigs plus the wild boars roaming in the estates and jungles, ” he said.

The nearest town with pig population is Kota Marudu, about 50km away, and Kudat, about 140km away.

Sabah’s main pig producing areas are Tamparuli, Tuaran and Papar on the west coast and Sandakan and Tawau on the east coast.

“Pork sold in the market is fit for human consumption, slaughtered in a licensed slaughterhouse approved by the Veterinary Services Department and inspected before going to the market.

“The department also carries out tests from time to time for quality monitoring and diseases surveillance, ” he assured the public.

ASF, a viral disease, has been found in Asia since it emerged in China in 2018, with at least 100 million pigs dying or culled to check against its spread.

The disease is fatal to pigs but harmless to humans.

He disclosed on Saturday that the department had linked the recent deaths of scores of pigs in Pitas district to a possible outbreak of the deadly ASF.

However, Jeffrey, who is also state Agriculture and Fisheries Minister, said further tests would still have to be carried out to confirm it.

Initial tests showed that eight of the 13 samples collected from the pigs in Pitas showed positive results for ASF, he said, adding that the Veterinary Services Department in Putrajaya was now conducting the confirmatory tests for this disease via DNA sequencing.

“We should be able to get the results in a day or two, ” he said.- The Star