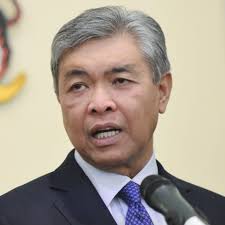 PETALING JAYA: A new political alignment could reveal itself in time if the Muafakat Nasional pact between Umno and PAS breaks down ahead of the 15th General Election, hints Barisan Nasional chairman Datuk Seri Ahmad Zahid Hamidi.

Noting that national politics have been “very dynamic” and are”not-boring”, Zahid said any eventuality is possible, given that an unnamed former Umno leader would cooperate with a party despite condemning it as racist and chauvinist for the past 22 years.

“Therefore, the previous pact known as the Alliance Party and then later Perikatan (Alliance) 2.0, which was later named as Barisan, reflects the dynamics in our political parties.

“If that took place in 1973 and that pact stayed together till 2018, then I suppose it is not impossible for a ‘Perikatan 3.0’ to reveal its dynamics when the time comes,” he said in an interview with news portal Malaysia Post on Sunday (Feb 21).

The Barisan coalition was founded in 1973 after the 1969 general election saw the then Alliance (Umno, MCA and MIC) suffering defeats to the Opposition, followed by the May 13 racial riots.

45 years later in 2018, Barisan, led by Datuk Seri Najib Razak, succumbed to its worst defeat ever during GE14.

Following GE14, parties within the Barisan coalition have since quit, leaving only 43 seats consisting of Umno, MCA, MIC and PBRS.

At the same time, Zahid said Umno still held on to the principles of Muafakat Nasional, but added that it would not stop any parties that wanted to “mufaraqah” (part ways), as democracy ensures freedom of association for political parties.

“We must uphold our principles and in GE15, the spirit of Muafakat must be upheld, but if there are any parties who wanted to ‘mufaraqah’, then we will not stop them because we are a democratic country,” Zahid said.

The Muafakat Nasional pact is believed to be on the brink of dissolution due to the close ties between PAS and Bersatu.

It is also believed that Umno – PAS relations have been rocky since the Islamist party officially joined the Perikatan pact.

However, he admitted that there is an Umno leader who “held an important position”, that regularly met with leaders from DAP.

“The Umno president and Barisan chairman have never held formal or informal talks, but the dynamics of politics cannot be denied.”

Zahid also said the recent Perak political crisis was a reflection of a new political landscape, where elected representatives are demanding for fair and equal allocations without taking into account their respective political sides.

“That also took place in Johor, where parties who did not support Perikatan Nasional, were given the same allocation as well.”

Zahid, who did not say whether Barisan would be supporting Perikatan in GE15, also vaguely said that Umno is presently working towards making itself relevant again.

“While there are many challenges and uphill battles, history has shown that if these efforts were matched with political sincerity, it won’t be impossible to see a change in future,” he said.

On Friday, Umno held a supreme council meeting in Janda Baik, Pahang, where it is believed that the party was deliberating an ultimatum by Prime Minister Tan Sri Muhyiddin Yassin whether Barisan would contest GE15 as part of Perikatan.- The Star