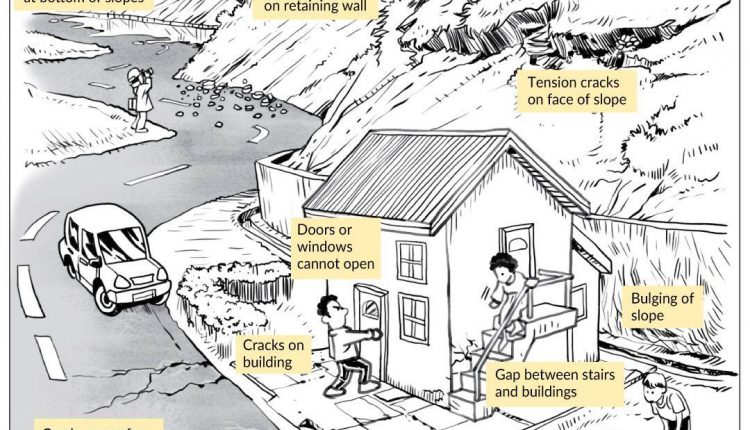 PETALING JAYA: Malaysia added a whopping 26,000 hotspots nationwide on landslide watch, on top of the 16,454 existing ones that are closely monitored, especially during this year-end rainy season.

Some RM300mil will also be pumped in to strengthen landslide prevention works. Malaysia is among the top 10 countries in the world with the highest number of landslides in the past decade.

The Works Ministry, apart from monitoring the 26,000 hotspots, will also be carrying out landslide prevention work on slopes along 236 federal and 129 state roads for this year, said slope engineering branch director Zulkifly A. Ghani.

The Slope Engineering Branch, which is under the Public Works Department (JKR), did not provide the breakdown of where the 26,000 hotspots were situated.

Zulkifly explained that the monitoring and landslide prevention work on slopes not only happens seasonally but throughout the year.

“Among the measures being undertaken include evaluation, danger and risk mapping, and setting up of an early warning, real-time system for landslides.

“For slopes along federal reserve and state roads, monitoring is being carried out by the district JKR via the visual method, such as site visits and inspections,” said Zulkifly.

The data collected will then be categorised according to a hazard score. Along federal roads, 946 of the 16,454 slopes in Peninsular Malaysia were classified as “very high hazard” while 1,551 others were “high hazard” based on data from 2010.“The record has been updated this year, that is why we got the additional 26,000 new hotspots, which was identified using the latest technology of Light Detection and Ranging drones.

“Meanwhile, the Early Warning System (EWS) is being developed. The EWS is being developed using monitoring techniques such as rain gauge, robotic total stations as well as the Global Navigation Satellite System,” he said.

“The equipment will continuously monitor any slope movement and the data transmitted to a server for analysis and displayed on a special website.

“Should the movement reach the danger limit, it will send a message to the officer via SMS and the officer will then take further action. A total of 48 rain gauges were installed at risky slopes,” added Zulkifly.

“The real-time warning limit is displayed on a special early warning website for landslides.”

Currently, the sharing of assessment information and slope hazard mapping data is limited to government agencies only.

PWD stated that there is a site where the public can view and check the status of slopes at http://jkrcerun.scadatron.net.

“However, the site is currently under maintenance and can only be accessed after five days,” said a JKR officer. The Star

Mahathir back to work after brief nose bleed