Action to be taken against Utusan for flouting the law, says Kula 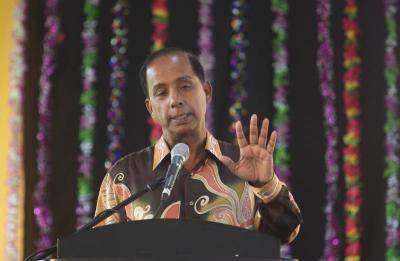 Kulasegaran, who was asked whether it was fair for Utusan to serve its employees such short notice about ceasing operations, said that the company had flouted the law.

“They must follow the law. They have not followed the law.

“So we must take the necessary action, ” Kulasegaran told reporters at the PLWS 2019 Awards Day Human Resources Minister’s Cup at a hotel here on Thursday (Oct 10).

Kulasegaran, however, did not elaborate on what action would be taken and which specific laws were violated.

On Wednesday (Oct 9), 862 employees of Utusan were caught off-guard by a sudden notice telling them that the company was ceasing operations on the very same day.

With neither a termination letter nor a job offer, the employees were also asked to vacate the building by 1pm on Wednesday. The company still owes two months’ salary.

He said the board approved the Creditor’s Voluntary Liquidation proposal and appointed UHY Advisory (KL) Sdn Bhd as interim liquidator.

Meanwhile on Thursday (Oct 10), Prime Minister Tun Dr Mahathir Mohamad said that some of the previous employers would be rehired by the new management taking over of Utusan.

It was announced that Aurora Mulia Sdn Bhd has acquired a 70% stake of Utusan-owned Dilof Sdn Bhd, which is the company holding the printing permits for the four newspapers under the Utusan group – Utusan Malaysia, Mingguan Malaysia, Kosmo! and Kosmo! Ahad.

On Wednesday, Kulasegaran also said that the retrenched employees can make a representation under the Employment Insurance System (EIS) to get assistance for a period of six months.

“If the workers are retrenched under the law, they can always make a representation to the EIS where there will be some payment of salary for a period of six months, starting from 80% (of their salary) in the first month, ” he was quoted as saying. – The Star

Najib did not like ‘MIB’ acronym, resulting in change of state fund’s name, court told