Another innocent victim of loan sharks 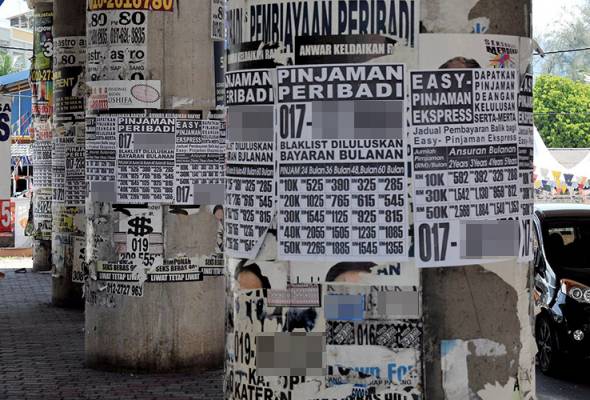 JOHOR BARU: Loan sharks looking for a man who owes them RM2,554 (S$800) have resorted to harassing his former employer.

The 53-year-old windscreen shop manager, who only wanted to be known as Tay, said his shop was splashed with red paint on Monday.

“One of my colleagues arrived at around 7.45am on the day of the incident and saw red paint with posters of the former worker as well as his personal information.

Tay added that the loan sharks had left their number on one of the posters and he contacted them to explain that the person they were looking for had stopped working there eight years ago.

“I told the loan sharks not to bother us at the shop anymore, but they told us to pay the debt or locate the former worker for them,” he said.

Tay said the loan sharks forwarded him information about the former worker including the latter’s Singapore mobile phone number and his Singapore work permit.

He added that they also gave him the former worker’s family details in Penang such as their home addresses, contact numbers and even car registration numbers.

“I tried contacting the former worker using the Singapore number. I texted him telling him to come and face the problem he had caused, as other people are in trouble because of him.

“But he did not respond to my text and even blocked my number when I tried to call him up,” he said.

Tay added that he was concerned for the safety of the other workers at the shop, which had been operating since 1993.

He said he has lodged a police report about the incident.

When contacted, Seri Alam OCPD Supt Mohd Sohaimi Ishak confirmed the police report and said the case was being investigated.– The Star