Azmin: Hidden hands behind youth chief trying to silence me 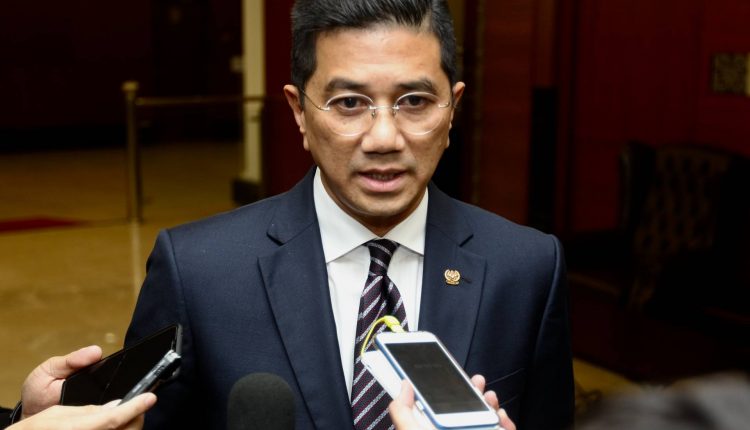 KUALA LUMPUR: There are hidden hands behind the bravado of PKR Youth Chief Akmal Nasrullah Mohd Nasir trying to stop him from speaking to the party’s youths, and it is time to hold an emergency crisis meeting, says PKR deputy president Datuk Seri Azmin Ali.

The Economic Affairs Minister also said that since two-thirds of the youth exco had risen up against Akmal, secretary general Datuk Seri Saifuddin Nasution and president Datuk Seri Anwar Ibrahim, there was clearly a leadership crisis.

“The PKR leadership must take into account the concerns expressed by the members.

“They should allow due process, and this has been the convention, the practice of all political parties (for the deputy president to officiate the youth wing’s national conventions).

“Suddenly you withdrew the invitation you extended to me, to which I have already replied.

“As the deputy president, I have to be there, so what was the reason (for the retraction)? It was to silence me.

“I know for a fact that Akmal is a weak person.

“Twenty-one of 25 of PKR Youth’s elected leaders – more than two-thirds of the exco members – challenged the leadership of PKR Youth and the secretary general and president.

“I will call for a political bureau meeting real soon,” said Azmin.

On Nov 13, in a statement signed by 21 of the 25 PKR Youth central leaders elected in the last party elections, the group condemned the PKR secretary-general for triggering a “leadership crisis”.

Saifuddin withdrew the invitation to Azmin to officiate the congress on Dec 6, thus overriding the Youth leaders’ invitation on Nov 11.

On the same day, Akmal said the invitation had now been extended to Deputy Prime Minister Datuk Seri Wan Azizah Wan Ismail as that was the norm in Umno.

He was speaking to the media after a session on Shared Prosperity Vision 2030 with top civil servants at the National Institute of Public Administration (INTAN) in Mont Kiara here on Nov 14. -The Star

Health Ministry: Seven million M’sians may suffer from diabetes by 2025