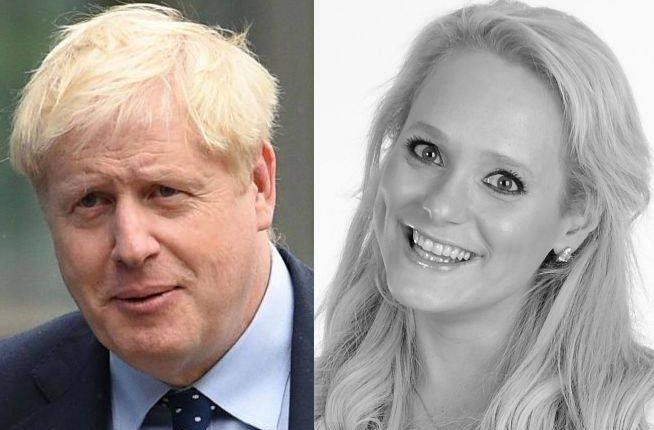 LONDON: (Bloomberg): Boris Johnson hoped to use his Conservative Party’s annual convention to launch his campaign to win the next British general election. Instead, he is fighting for his credibility as prime minister as he faces allegations of sexual impropriety and plots to oust him.

After two months in charge of the U.K. government, Johnson was forced to deny he groped a journalist at a lunch around 20 years ago, and batted away allegations that he had a sexual relationship with a businesswoman and authorized taxpayer-funded sponsorship for her company during his time as London Mayor.

The furor overshadowed his first appearance as prime minister at his ruling Conservative party’s annual conference in Manchester, England. The grassroots members propelled him to power in July after he promised to complete the U.K.’s divorce from the European Union — whatever the cost — by the deadline of Oct. 31.

Johnson sought to double down on his Brexit pledge, making the theme of the party convention: “Get Brexit Done.”

When Johnson replaced her, he made it a key promise to deliver Brexit by Oct. 31, and has said he will do so without a deal — if necessary. Members of Parliament in London have moved to stop him carrying out this threat and are also denying him the election he says is the only way to break the deadlock.

The opposition want the risk of an economically damaging no-deal Brexit to be removed before they agree to dissolve Parliament for an election.

At around 1 p.m. Monday, leaders of the opposition parties will meet in Westminster — 200 miles from where the Tories are gathering — to discuss how they’re going to make the most of the Supreme Court moving to allow Parliament to open this week.

The Scottish National Party has publicly proposed calling a vote of no-confidence in Johnson’s government. The idea would be that, if he were defeated, an alternative government could be installed under a temporary compromise prime minister.

But it’s a dangerous gamble: if the parties couldn’t agree on the make-up of that alternative administration, Parliament would dissolve 14 days later for the election that Johnson has asked for and that the opposition has so far refused to give him. With Parliament broken up, MPs would have no power to stop Johnson completing a no-deal Brexit on Oct. 31.

How Johnson fares in any election may be determined by the public reaction to allegations that call his integrity into question.

On Sunday evening Johnson’s office took the unusual step of flatly denying one claim, that around 20 years ago he inappropriately touched the leg of a junior journalist working on the magazine he was then editing. On another claim about his private life, the denial was more circumspect.

The Sunday Times reported last week that when he was London Mayor, Johnson had overruled officials to get tech entrepreneur Jennifer Arcuri onto trade missions, and that her company had received government sponsorship grants. The paper this week reported that Arcuri had told four friends that she’d had a sexual relationship with Johnson.

Johnson’s office declined to comment on the nature of his relationship with Arcuri, and the prime minister insisted there had been no impropriety. “I am very, very proud of everything we did and everything I did as mayor of London, ” he told the BBC. Asked if he had declared his links with Arcuri in the register of interests, he replied: “There was no interest to declare.”

The Greater London Authority’s monitoring officer has referred the prime minister to the Independent Office of Police Conduct — which oversees the conduct of the mayor.

For years, many observers had assumed that Johnson’s private life would be a bar to his ambition of becoming prime minister. He was unfaithful to his second wife, from whom he finally separated last year. He is attending conference with his new partner, Carrie Symonds.

In the end, Conservative Party members decided his commitment to Brexit and his appeal to voters were more important. His biographer, Andrew Gimson, said Johnson would likely be able to brush off the Arcuri allegations, too.

“Voters will say that this is a man trying to do something difficult and necessary in Brexit, and that it’s mean-minded of people to try and bring him down,” Gimson said. “The big issue is Brexit.” -The Star