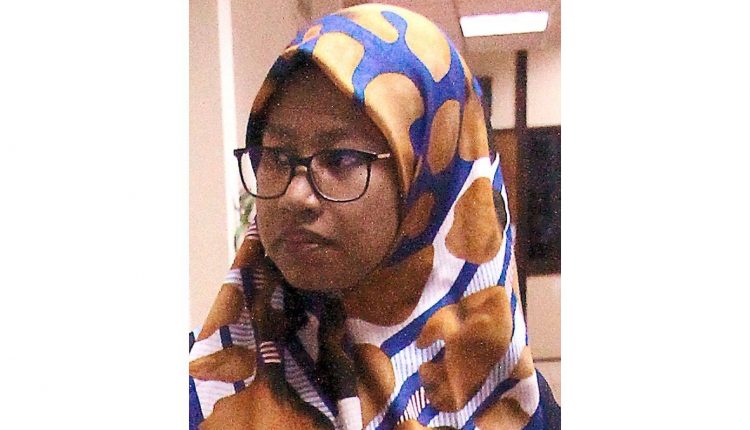 IPOH: Navy cadet officer J. Soosaimanicckam, who was already weak prior to his death, soiled himself while showering at the Lumut navy base hostel in May last year, a Coroner’s Court here heard.

KD Sultan Idris 1 Course Planning Officer Lt Nur Suhana Kasim Bakri, 32, said when she took over duties as an additional trainer in May 19 last year, another trainer handing over duties told her that Soosaimanicckam had complained about being tired and feeling weak.

Lt Nur Suhana takes on the role of additional trainer twice or thrice a month.

She said in view of his condition, Soosaimanicckam, who had completed the initial three rounds of slow jog with other cadets, was asked to perform static exercises instead, before taking a 30-minute break.

She said after the break at about 11am, his body mass index was measured and the reading was higher compared to normal.

“After some time, the cadets were instructed to go back to their hostel to clean their rooms as well as the block while I left for the Lumut Armed Forces Hospital with my colleague, a second lieutenant, to visit another cadet who was admitted for some skin rash.

“When I got back to the lobby of the hostel at about 12.30pm that day, my colleague who went to check on the cadets told me after a few minutes about Soosaimanicckam’s defecating incident, ” she said yesterday before Sessions Court judge Azman Abu Hassan who sat as Coroner.

The Coroner’s Court is probing the cause of the cadet’s death during training at the naval base on May 19 last year.

He was pronounced dead at the hospital at about 1.45pm the same day.

Previous media reports claimed that before his death, the cadet complained of chest pains and shortness of breath after completing a physical exercise that was part of his daily routine.

Soosaimanicckam reported for duty on May 12, a week before his death.

It had also been reported that initial police investigations ruled out foul play as a post-mortem found he died of pulmonary oedema, a condition where there is fluid in the lungs.

Lt Nur Suhana was explaining what transpired the day of his death when questioned by Deputy Public Prosecutor Qistini Qamarul Abrar.

Explaining further, Lt Nur Suhana said that upon hearing the cadet had defecated, she immediately informed her superior so that he could be sent to the hospital.

She had requested her colleague to get him ready and to bring him to a waiting vehicle to take him to the hospital.

“I saw some of his friends help him to the vehicle as he had no energy to walk on his own, and there were dry wounds on his forehead and elbow.

“An officer followed him in the car for the 10-minute journey to the hospital while I drove my own car with my colleague seated next to me, ” she added.

Lt Nur Suhana said that after waiting for about an hour outside the emergency department, the doctor treating Soosaimanicckam came out and told her about his death.

Judge Azman said it was very strange that the cadet died within a week despite a full medical check-up done before the recruitment.

“I was thinking the incident occurred a few months into training, but this is only in a week.

“I think it is necessary for the medical officer from the Armed Forces medic team who carried out the full medical examination prior to the selection of the cadets be called as well to get a clearer picture on the extent of the examinations carried out, ” he added.

Counsel Mahajoth Singh represented the deceased’s family as part of Lawyers for Liberty. -The Star