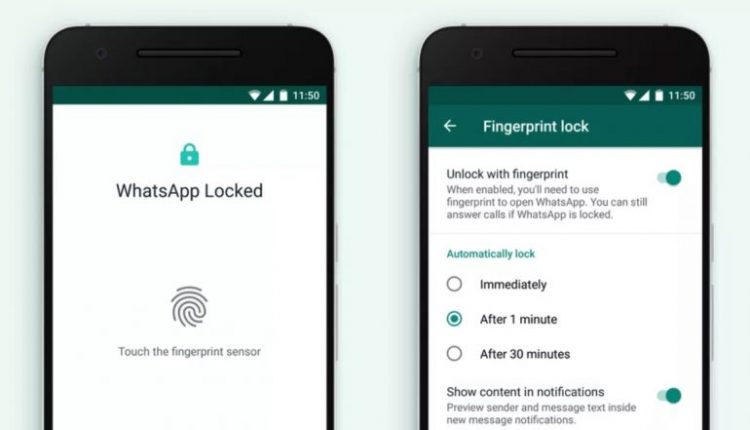 WhatsApp recently announced that the Android version of the app can now be locked and unlocked via users’ fingerprints. The latest update adds an extra layer of security to the app in an effort to further protect all messages and data that has been conducted via the app.

The feature is similar to ones found in banking apps and on smartphones that carry a fingerprint scanner. Once updated, users should find it situated within the Privacy section of the Account tab. Once activated, users can choose how frequent recognition is required. If the auto-lock option is chosen, users will have the option of setting WhatsApp to lock immediately, after a minute, or after 30 minutes.

WhatsApp’s fingerprint recognition update for the Android OS comes well after the Facebook-owned messaging app first made the security feature available on the Apple iOS. Specifically, iOS received the update earlier in the year and has more sophisticated security features. Including the ability to use Face ID as a form of biometric authentication.

At the time of writing, WhatsApp says that the security feature has already begun rolling out. So, if you haven’t received it on your Android device just yet, fret not. It should come to your phone soon enough.- The Verge

Nomination at 9am to kick off Tg Piai by-election