First batch of Peranti Siswa tablets out in mid-June 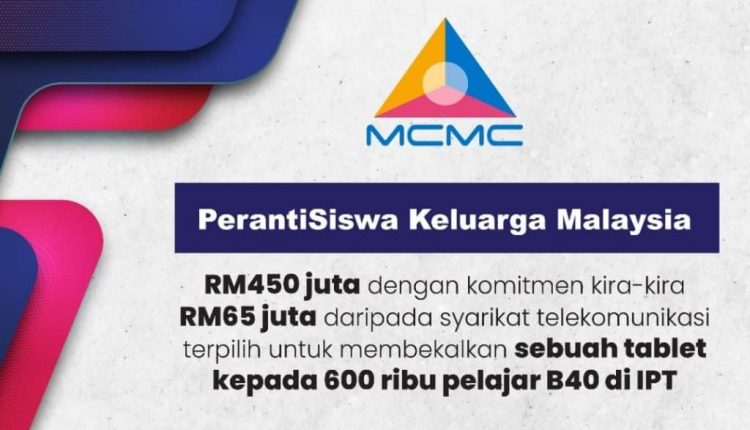 Annuar said however, the period depended on the delivery process of the selected bidders.

“We plan this first rollout 30 days from the date of application, and the second rollout is in August, which is 60 days after the application process for those who apply late and for appeal cases,” he said in the Inclusive programme on TV1 channel broadcast by RTM last night.

Applications for the Peranti Siswa programme were opened from April 15 under an allocation of RM450 million involving orders of 350,000 units.

Commenting further Annuar said the Ministry of Communications and Multimedia had concluded that the device would be ideal in the form of a tablet that came complete with accessories including a keyboard.

“Based on the advice of the committee including EPU (Economic Planning Unit), we also ran a trial on a group of students and got feedback from them before we decided (that) with the RM450 million budget available, it is better we provide high quality tablets than low-quality laptops, taking into account the cost element,” he said.

In the meantime, he said the brand and supplier for the device would be announced next week while reiterating the assurance that it was a well-known brand in the market and not of low quality.

About 350,000 B40 students in public and private institutions of higher learning (IPTA), polytechnics and community colleges under the Ministry of Higher Education (MOHE), are eligible to apply for the Keluarga Malaysia Student Device initiative.

The device will be given to students pursuing diploma, advanced diploma and Bachelor’s degree.-BERNAMA

Now, Elon Musk says ‘If I die under mysterious circumstances…’