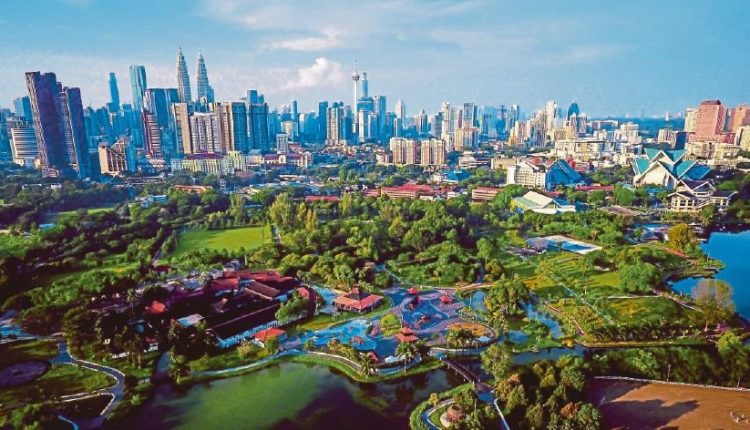 KUALA LUMPUR: Malaysia will gear itself towards becoming a low-carbon nation and accelerate its transition into a circular economy by 2025 bolstering green growth.

Among these instruments, the report said will include a Nationally Determined Contribution roadmap that will specify the number of emissions that need to be reduced from each of the key GHG emitting sectors.

A feasibility study it adds will also be conducted on carbon pricing, such as carbon tax and the Emission Trading Scheme, to promote low-carbon economic growth and mobilise investments for green technologies.

Under the 12MP, the B20 biodiesel programme that contains 20 per cent of palm methyl ester will be expanded nationwide in stages. Meanwhile, the B30 programme will be introduced at the end of the 12MP to further increase the use of biofuel.

The government will also facilitate the country’s transition into a circular economy through improved product design and manufacturing, innovative sharing economy models and enhanced recycling mechanisms.

Several integrated waste management facilities will also be constructed to enable waste treatment and eventually phase out landfills and halt the import of waste said the 12MP report.

The report added that the government will also expedite the implementation of the Malaysia Hydrochlorofluorocarbons (HCFC) Phased-Out Management Plan (HPMP Stage 2) (2017-2022) to eradicate the use of ozone-depleting substances in foam, refrigerant and air conditioning productions.

The government also seeks to increase the recycling rate of household waste to 40 per cent and scheduled waste to 35 per cent by 2025.

Under the 12MP, the government has also pledged to step up conservation measures for terrestrial and inland water areas as well as for coastal and marine areas.

These include conserving at least 20 per cent of terrestrial and inland water areas through gazettement and other effective-area based measures (OECM) by 2025. A similar approach will also be taken to conserve at least 10 per cent of coastal and marine areas within the same duration, the report said.

Apart from that, the 12MP report also said the government will also focus on stabilising the population of tigers in the country by 100 per cent under the 12MP. Additionally, a botanical garden network will also be established for flora conservation and genetic preservation.

As part of efforts to promote stronger environmental governance, the government will also introduce the policy on Disaster Risk Management (DRM).

Besides scaling up green financing and investments, the government also intends to leverage the Amanah Lestari Alam company to support the implementation of environment and sustainability-related education initiatives in schools and higher education institutions as well as awareness programmes.

The country’s five-year (2021-2025) development road map was tabled after the question-and-answer session.

The tabling of the 12MP was postponed at least twice from the original date on Aug 6 last year because of the Covid-19 pandemic and a change in the country’s leadership. -NST