Gobind insists Santiago was told GE14 would be last outing 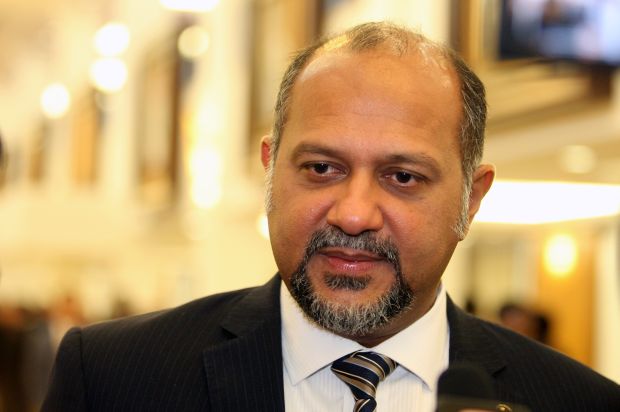 PETALING JAYA: Selangor DAP chief Gobind Singh Deo is standing by his statement on Charles Santiago’s candidacy, after the former Klang MP denied his claim on the matter.

Gobind said Santiago had met him in 2013 and 2018 to seek support for him to defend the Klang parliamentary seat.

He told online news portal FMT it was clear then itself that there were calls for Santiago to be replaced.

“I supported him nevertheless and he was given the opportunity to carry on.

“I did say to him that it would be difficult for him to carry on after that, and that 2018 would be the last,” he said.

Earlier today, Santiago denied that DAP had informed him that the 14th general election in 2018 would be his last as a candidate.

He claimed these narratives were made up by DAP secretary-general Loke Siew Fook and Gobind to manage the backlash over the decision to drop him as a candidate in GE15.

He also said such narratives were an afterthought to mitigate the criticisms.

Gobind said while he appreciated the fact that Santiago had been magnanimous after being dropped as a candidate, claims that the narratives were an afterthought were incorrect.

“It is a fact that there have been calls for his replacement and he is well aware of this and the reasons for it,” he said.

“This was also again made known to him in my office last week and discussed between us. As I said earlier, this wasn’t an easy decision to make but we have, (and) after considering the position, made a decision and it remains.”

On Wednesday, Loke announced that Kota Kemuning assemblyman V Ganabatirau will stand in Klang, a parliamentary seat Santiago had held for three terms.-FMT

Ringgit opens slightly lower against US% ahead of Fed decision