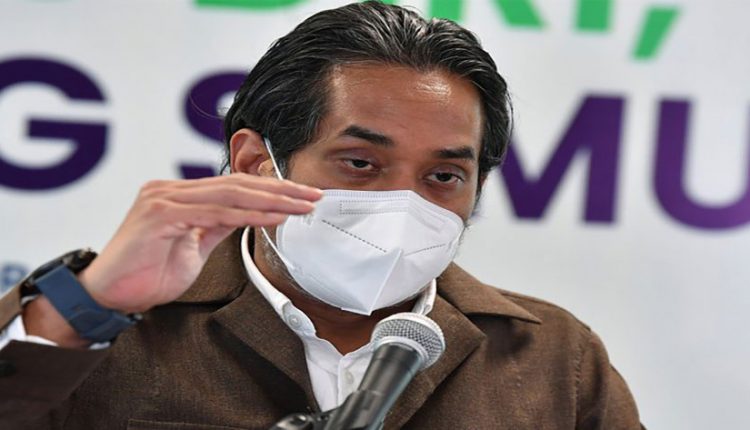 KUALA LUMPUR: Applications for permanent positions for 4,053 healthcare workers in the public service have been approved, says Khairy Jamaluddin.

The Health Minister said the number of approvals was the highest since the contract position model was introduced in 2016.

The approved applications consist of 3,215 medical officers, 438 dental officers, 400 pharmacists and the remaining 225 are reserved.

“This is the highest addition of positions in the healthcare sector since 2016 when the contract policy was introduced.

“The government is committed to ensuring at least 1,500 new permanent positions in public healthcare annually,” he told reporters after the Health Policy Summit 2022 policy dialogue yesterday.

Khairy added that the ministry was in talks with the Public Service Commission to consider allowing candidates who did not get permanent positions to reapply the following year.

“We should give them another chance,” he said.

Khairy also said they would ensure contract doctors received better incentives while allowing them to continue specialist or sub-specialist training if they failed to secure permanent positions.

“We will look at the possibilities after a discussion with the Malaysian Medical Association,” he said.

Khairy spoke as a panel member at the two-day summit entitled “The Future of Our Healthcare” which discusses key areas for health and healthcare reform.

Khairy said possible models to devolve service delivery by the ministry would be explored while also decentralising the power to hospitals.

“For now, there is an over-concentration of power. We are envisioning giving autonomy to public hospitals nationwide.

“However, the hospitals will still remain government-owned. We’re mooting ideas of allowing the hospitals to have their own operational freedom such as deciding their own budgeting,” he said.

He added that hospital directors would be having their own board of directors and act similarly to a company’s chief executive officer.

Asked if the hospitals would decide their own fees, Khairy said the government would still control the matter.

On the social protection scheme or insurance, the minister said funds received from tax revenue would be utilised first before exploring other means of funding.

It includes requesting a higher budgetary allocation from the Finance Ministry (MOF), he added.

Asked about the possibility of reallocating other ministries’ budgets to his ministry, he said a decision needs to be made by the Cabinet on how revenue would be distributed.

Considering the healthcare burdens faced by the ministry post-Covid-19, Khairy said a request for a decent increase in allocation under Budget 2023 has been sent to the MOF.

“This year is important as we are adding the most number of hospitals which will increase the overhead costs. So, we expect a commensurate amount of funding,” he said, adding that a discussion with Finance Minister Tengku Datuk Seri Zafrul Tengku Abdul Aziz would be held at the end of the month.

On Monday, Khairy said public health expenditure should be increased to 5% of the gross domestic product to ensure Malaysia has a world-standard public health system in the future.– The Star