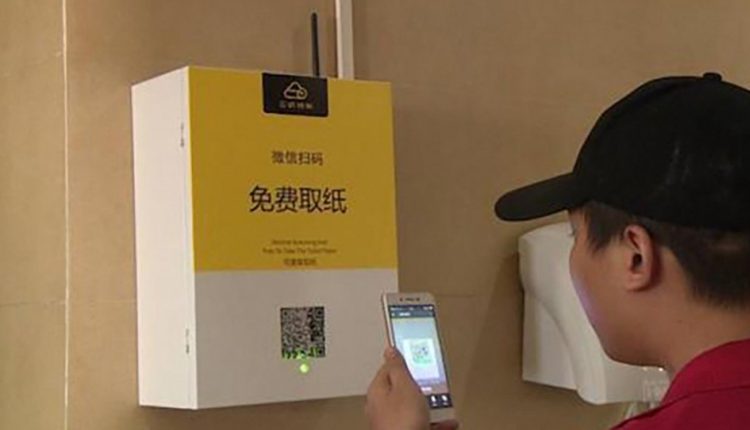 Facial recognition has been used for a wide range of hi-tech applications in China – from airport security clearance to crime prevention. Now it is being used to solve a more down-to-earth problem.

On Shamian island, a popular historical tourist attraction in Guangzhou, facial recognition for toilet paper dispensing has been introduced in some cubicles, according to a report in the Guangzhou-based Information Times. Users can remove 90cm of toilet paper after their face is recognised.

If the system detects the same face twice within 10 minutes, no further paper will be dispensed.

Facial recognition for toilet paper dispensing first appeared in 2017 in a public restroom at the Temple of Heaven Park in Beijing, and was introduced in Shamian in June this year.

Shamian island, separated from the rest of the city by a narrow canal, was the British and French concession during China’s treaty port period from 1842-1943.

Not everyone is happy that AI has extended its reach from security applications to the privacy of the toilet cubicle. “When the use of artificial intelligence becomes surreal it is a warning sign of overheating,” said Nick Yi, a 24-year-old engineer in Guangzhou.

“Maybe facial recognition machines can save toilet paper, but I don’t see how they can save time … There is always a long queue outside the public toilets in Shamian and now everyone has to stand in front of the machine for several seconds to take the toilet paper.”

Authorities in Beijing, Shanghai and Shenzhen are working on making public toilets smarter. More than 700 cities in China have proposed or are in the process of building smart toilet infrastructure, according to a report by the Qianzhan Industry Research Institute earlier this year.

In Shanghai, the city government has built around 150 smart public toilets that employ infrared lights and ultrasound sensors to detect how long a person has been sitting. Sensors also monitor air quality inside the cubicle and a water-saving feature adjusts the water level based on occupancy time.

The market for smart cities in China is expected to exceed 10tril yuan (RM5.9tril) this year and is predicted to reach 25tril yuan (RM14.7tril) by 2022, said the Qianzhan Industry Research Institute.

The use of AI technology in toilets has some supporters. “I think it’s very necessary because if someone steals toilet paper it will run out very soon,” a Guangzhou citizen surnamed Li told the Post. “I don’t mind where hi-tech is applied to, whether in space exploration or toilet paper saving, if it benefits people by solving problems.” -The Star