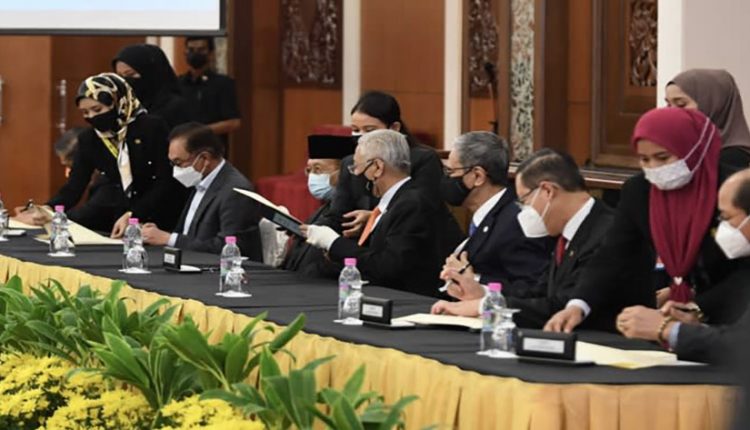 PETALING JAYA: Prime Minister Ismail Sabri Yaakob is the biggest winner of all from the memorandum of understanding (MoU) signed between the government and Pakatan Harapan as he is set to stay in power at least until July 2022, analysts have said.

Oh Ei Sun of the Singapore Institute of International Affairs said Ismail is “leveraging or co-opting” PH to counteract sources of instability in his own ruling Perikatan Nasional coalition that might withdraw their support for him, namely those in Bersatu and “Ahmad Zahid Hamidi’s faction” in Umno.

The opposition, meanwhile, is merely “scrapping whatever leftovers they can get” and settling for second best knowing that it is unlikely for them to gain power any time soon, he said.

“I think PH knows it’s very difficult for them to regain power. Therefore, they might as well try to exact as many of the so-called reforms from the sitting government as they can,” Oh told FMT.

“In Hokkien we say, ‘If there is no fish, prawn or shrimp also can’. This means, if you cannot get what you want, getting some sort of reform is good enough.”

Awang Azman Pawi of University Malaya agreed, saying Ismail stands to benefit the most from the MoU, as his position as the prime minister is now secured and will not be threatened by any inside or outside forces.

“This could also give him a chance to politically strategise for power within his own party,” he said.

However, former academic Azmi Hassan felt that the MoU would benefit PH more, as opposition leader Anwar Ibrahim had said it should not imply the opposition was obliged to support Budget 2022.

Azmi cited Anwar’s statement that the opposition must be included in committees for the drawing up of the budget in exchange for their support.

“Unless PH had promised not to question the legitimacy of the government, then the MoU can be said as benefitting Ismail, but actually this was not stated,” he said.

Azmi said one of the biggest missed opportunities from the MoU was to pass a law on political donations.

“The question of funding for political parties should have been raised as it is just as important as an anti-hopping law. It may prevent third-party interference in our democratic elections,” he said.

Awang pointed out the lack of details given for proposals to implement the Malaysia Agreement 1963 (MA63).

“When there are no details, this may be said to be a missed opportunity in the issue of the rights of Sabah and Sarawak,” he said.

Oh also questioned the lack of clarity for reforms to the independence of the judiciary.

“What are their exact proposals? On many other points, there were details, but not so much on MA63 or the independence of the judiciary.”

He said he also wished to see proposals for the independence of the attorney-general, and other bodies and agencies such as the Inland Revenue Board (LHDN), the Malaysian Anti-Corruption Commission and the Registrar of Societies, “so these are not used as political tools”.

It is aimed at bringing about the political stability needed to deal with the Covid-19 pandemic and reviving the country’s economy. -FMT