Ismail Sabri: Parliament and judiciary to be strengthened 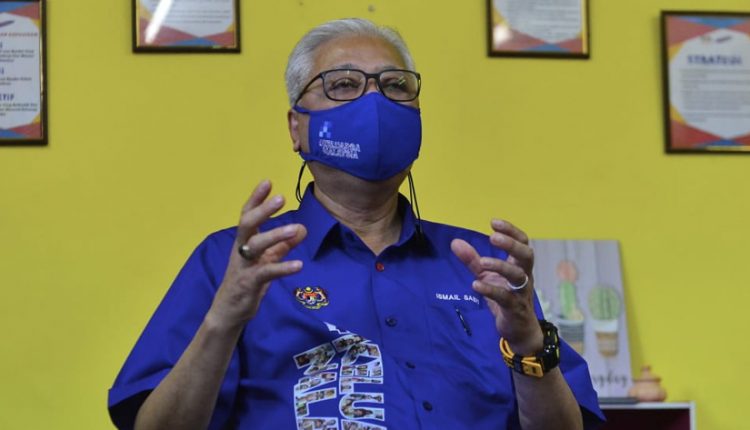 PUTRAJAYA: Political stability has proven crucial for the nation’s ability to sail through turbulent times, says the Prime Minister, as he pledges more changes ahead to strengthen Parliament and the judiciary.

Datuk Seri Ismail Sabri Yaakob said the memorandum of understanding with the Opposition had resulted in initiatives proposed by the government to get strong support from all parties.

This has resulted in, among others, the passing of Budget 2021, amendments to the Federal Constitution on the Malaysia Agreement 1963, and those related to the Anti-Party Hopping Bill.

“On the advice of the Yang di-Pertuan Agong, we set aside our differences and cooperated with the Opposition by signing a bipartisan agreement. Through this inclusive approach, we were able to achieve political stability.

“Initiatives which we negotiated through consultations received wide support from all parties,” he said during the Malaysian Family symposium yesterday, which was held in conjunction with his first year in office.

Ismail Sabri was sworn in as Malaysia’s ninth prime minister on Aug 21, 2021.

He said there was uncertainty and instability when he took office, with some predicting that the government would collapse at any time based on the history of party-hopping.

“Thankfully, that did not happen, and this government has now served for one year,” he said.

Ismail Sabri also expressed his gratitude to the Yang di-Pertuan Agong and the Malay Rulers for their support.

“My thanks also go to members of the Cabinet and lawmakers – be it those representing the government or the Opposition – for supporting the proposed initiatives,” he said.

He also said plans were underway to strengthen the Parliament and judicial institutions for a healthier political landscape.

“By strengthening the Parliament and the judiciary and tabling the Political Fund Act, we hope to create a healthier political landscape for the country,” he said.

Ismail Sabri said there were still more agendas that needed to be put in place and groups to assist.

“I hope we will remain resolved, committed and determined to strengthen the administration and work on economic recovery so that the people will enjoy the benefits.”– The Star