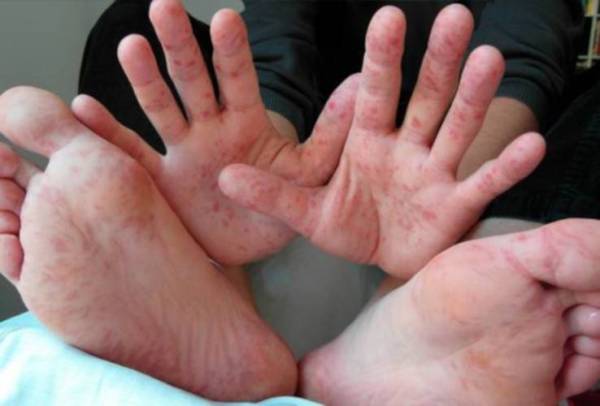 KOTA BARU: More than 4,000 cases of hand, foot and mouth disease (HFMD) were recorded in the state this year until Sunday.

“A majority of the cases occurred in nurseries and child care centres,” he said in a statement.

The cases this year marked a 243 increase from those recorded within the same period last year.

However, he said no fatal HFMD cases were recorded in Kelantan but several patients were warded at government hospitals in the state.

Meanwhile, a total 23 HFMD outbreaks were recorded in the state as of Sunday.-NST