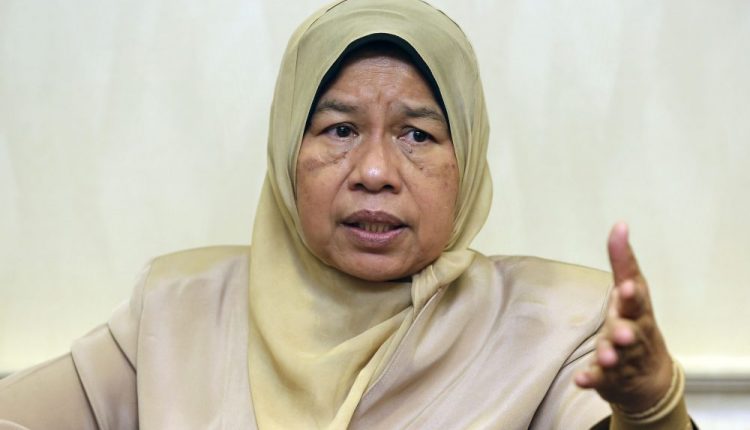 Muhyiddin said the matter was still not resolved though it had been over two weeks since the Plantation Industries and Commodities Minister announced she was quitting Bersatu.

Bersatu, he said, had repeatedly stated its stance that the ministerial post held by Zuraida was the party’s quota, and it was appropriate for the Prime Minister to confirm this immediately.

“I already have the person who will be replacing her…but it has not been conveyed to the Prime Minister because I have not been able to meet him personally. As for Parti Bangsa Malaysia (PBM), I do not want to interfere… I am only concerned about Bersatu, our position in the government and the ministerial post (held by Zuraida) which was part of the agreement between the Prime Minister and the Perikatan Nasional leaders.

“The Prime Minister may appoint Zuraida for any position, that is his right but don’t take Bersatu’s quota. We have agreed since the beginning that it should be filled by a Bersatu lawmaker…who knows he (Prime Minister) may want to create a new ministry for Zuraida, that is up to him,” he told reporters after the #RUANGBELIA programme with Tan Sri Muhyiddin Yassin here on Tuesday (June 21).

On May 26, Zuraida announced that she was leaving Bersatu to join PBM and expressed her readiness to resign as Minister if instructed to do so by the Prime Minister.

On June 9, PBM appointed the Ampang MP as the party’s president-designate.

Two days ago, Zuraida expressed hope that she would be able to retain her her post in the Cabinet.

In another development, Muhyiddin, who is also PN chairman, said the coalition held several meetings recently to have in-depth discussions on strengthening cooperation and creating understanding between the component parties including with PAS and Gerakan, as preparation for the upcoming general election.

He was commenting on PAS vice-president Datuk Mohd Amar Abdullah’s statement that the party rejects the “big tent” approach and will focus on Malay-Muslim unity in facing GE15.-BERNAMA