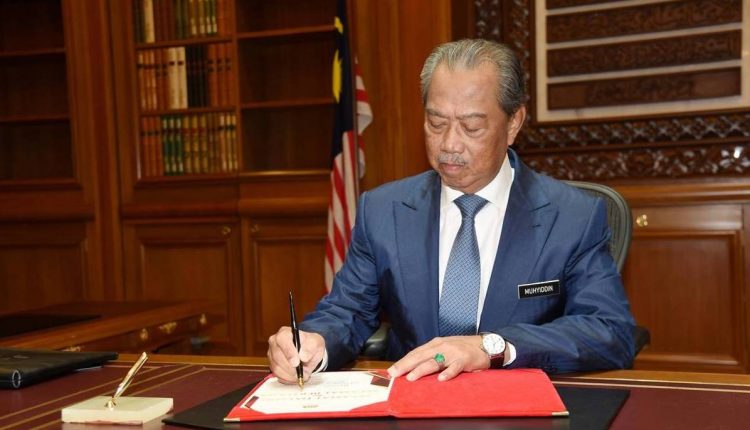 PUTRAJAYA: All eyes are on Prime Minister Tan Sri Muhyiddin Yassin today following reports that he would be resigning.

There is also the question of whether the ruling coalition Perikatan Nasional (PN) would survive past today or unravel in light of an alleged lack of majority support from members of Parliament.

Reporters who had been camped outside his home in Bukit Damansara earlier this morning saw him leaving in a Toyota Vellfire, with police escort at 7.42am.

The vehicle was later seen entering the ingress of the Perdana Putra complex here this morning, where the Prime Minister’s Office (PMO) is, at about 8am.

Muhyiddin is expected to chair a special cabinet meeting here, in which, the Pagoh member of parliament is expected to meet several top government officers.

It was reported yesterday that Muhyiddin will seek an audience with Yang di-Pertuan Agong Al-Sultan Abdullah Ri’ayatuddin Al-Mustafa Billah Shah at Istana Negara in Kuala Lumpur near here to handover his resignation letter.

Members of the media, which have been camping outside of the complex, also spotted a vehicle carrying Inspector-General of Police Datuk Seri Acryl Sani Abdullah Sani entering the premises.