NEXEA Invests a Total of RM250,000 in Five Early-Stage Startups 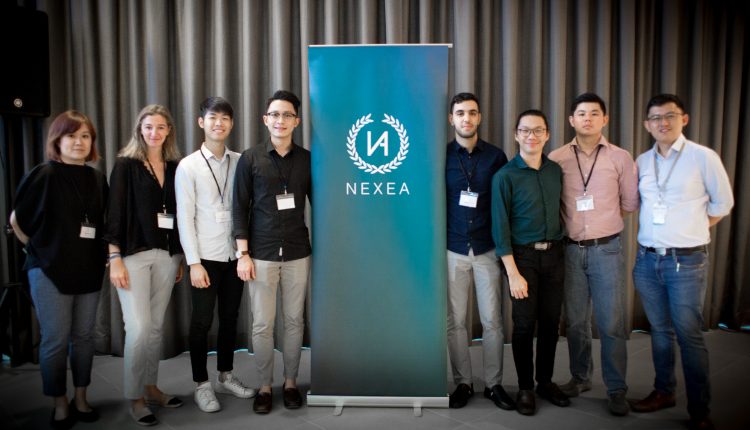 Kuala Lumpur, 18 November 2019 – NEXEA Angels Sdn. Bhd. (“NEXEA”), a leading startup investment firm announced it has recently invested a total of RM250,000 in five early-stage startups – HAUZ, Lokein, Krenovator, Prepay, and Reemedy. Each of the startups has received RM50,000 from NEXEA angel investors. These were the top five startups that took part in NEXEA Startup Accelerator and Startup-Corporate Pilot programs that ran for four months and ended in November 2019.

HAUZ is in the workforce management sector, Lokein is an online vintage marketplace, Krenovator is an IoT learning platform, Prepay is an escrow service for buyer and seller, and Reemedy is a multi-vendor medical supply marketplace.

The announcement about the funding was made during NEXEA Demo Day held at Kuala Lumpur on 14 November 2019 where the startups were presented to an audience of NEXEA angel investors, corporate partners, and key startup ecosystem players.

Ben Lim, Managing Partner of NEXEA said, “We’ve been working closely with HAUZ, Lokein, Krenovator, Prepay, and Reemedy for the last few months. As they were at the early stage of their startups, they had plenty of rooms to improve, from perfecting their business model to adopting a growth strategy that would build their traction. So, our mentors were there to help and provide guidance aside from allowing these startups access to funding, and relevant workshops.”

The Startup-Corporate Pilot Program was a new program introduced this year with the aim to connect large corporates with promising startups so they can explore potential collaboration. For the first time, NEXEA has brought in four corporate partners for this year’s program namely Digi Telecommunications Sdn. Bhd., HELP University Sdn. Bhd., Rhombus Connexion Sdn. Bhd., and Spritzer Bhd. This program ran alongside the Accelerator Program for three months.

NEXEA received over 150 applications for its Accelerator and Startup-Corporate programs and out of that, 20 were picked to enroll in a month-long program. Three qualifying rounds were conducted by NEXEA to shortlist only five of the startups to continue on in the programs for three months. “The selections were made based on a few criteria including how investable they were, founder(s), and the traction they were showing during the initial first month of the program,” Ben explained.

NEXEA is very pleased with positive outcomes from both the Accelerator and Startup-Corporate Pilot programs. “The startups have managed to scale and grow, proven by increased traction and growth in revenue. Some of these startups did not really have a proper business model before starting the program. Within the last four months, they managed to grow to a point where most companies would need at least a year or more to achieve a similar stage. The startup growth has truly been ‘accelerated,’” Ben continued to explain.

“We are thrilled that our Startup-Corporate Pilot Program has been an effective platform for corporates to explore potential work together in a win-win situation. For instance, one of the corporate partners has agreed to award certificates of participation or completion for courses offered on Krenovator’s platform, and another corporate partner has explored the potential use case of HAUZ on their F&B store chain,” Ben stated.

On the Demo Day, all five startups were given an opportunity to pitch for further funding from NEXEA group of investors. HAUZ emerged as the winner of Judge’s Favorite award. Meanwhile, Prepay won Crowd Favorite award.

NEXEA will continue to provide support and guidance for the startups beyond Demo Day. The Company has started planning for next year’s multi-corporate accelerator program and it is in talks with several corporate entities that would like to join in as partners.

NEXEA is a startup investment company that specializes in supporting and funding technology companies that have the potential to be the next technology giants. NEXEA also has services for investors and corporates that want to invest or work with future technology giants.

NEXEA is known for its mentors who are successful ex-entrepreneurs, or C-levels who own or have sold (IPO, M&A) their businesses. The combination of experienced mentors, experts, and partners prove potent as the top companies out of 35+ startups invested by NEXEA have grown 3 to 16 times per year. NEXEA is based in Bandar Sunway, Selangor. Website: www.nexea.co.