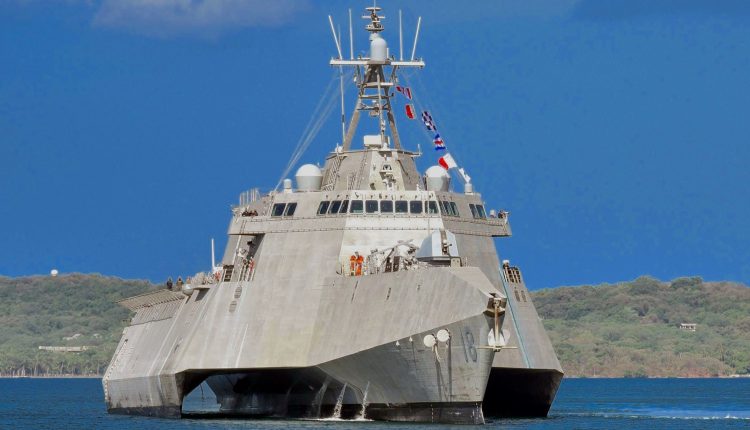 PUTRAJAYA: The Malaysian Anti-Corruption Commission (MACC) has been told to expedite investigations into the Littoral Combat Ship (LCS) case, and should there be solid proof, for the Attorney General to prosecute and bring those responsible to court, says Prime Minister Datuk Seri Ismail Sabri Yaakob.

“Two high-level investigative reports about the LCS will also be made public.

“I think the investigations are underway and there are several files that have been opened,” he said after opening an international muay thai championship event in Petaling Jaya yesterday.

In a statement, the Prime Minister said, on behalf of the government, he wanted to give his “assurance and guarantee that an investigation into the issue will be transparent”.

“The government will not protect anyone who is involved,” he said.

The Prime Minister said the Cabinet’s decision would not affect or interfere with the LCS Project Recovery Plan that had been decided on April 20 this year.

The government, he said, remains committed to proceeding with the project in the interest of national defence and in line with meeting the needs of the Royal Malaysian Navy.

On July 19, The Star reported that anti-graft investigators were convinced that they had enough evidence to bring charges against several individuals involved in the multibillion-ringgit LCS project.

Azam recently said the MACC is in the final stages of its probe into the scandal.

On Aug 4, Parliament’s Public Accounts Committee (PAC) said that some RM1.4bil in government allocation for the LCS project had been used for other purposes, including cost overruns.

The two-year probe by PAC also revealed that the RM9bil project was done through direct negotiations with Boustead Naval Shipyard Sdn Bhd and was inked in 2014.

On the two reports, Ismail Sabri said the Cabinet had agreed that the governance, procurement and finance investigation committee’s report on the LCS would be made public.

He said the Cabinet also proposed that the forensic audit report on LCS that was conducted in 2019 be declassified.

“However, the views and advice of the Attorney General and the Auditor-General will be sought first before this is done,” he said.

The governance, procurement, and finance investigation committee, led by former auditor-general Tan Sri Ambrin Buang, was set up in 2018 and its first task was to investigate procurements made by the Defence Ministry.

Separately, Defence Minister Datuk Seri Hishammuddin Hussein said: “The leadership in Mindef and I have nothing to hide and in fact, we want this matter to be resolved and (the project to be) continued for the sake of the interest of the Royal Malaysian Navy (RMN) and the public funds which were spent for the country’s interest.”

Meanwhile, several political leaders have also called for a Royal Commission of Inquiry (RCI) into the project.

MCA secretary-general Datuk Chong Sin Woon said the RCI should be formed before the 15th General Election to prevent another issue from undermining Barisan Nasional’s performance in the election.

“Opposition parties have started to make this another big scandal. It is wise for us to act fast. Learning from what happened in the 1MDB scandal, we should not let this new issue be played up,” Chong told a press conference at Wisma MCA yesterday.

Former prime minister and Perikatan Nasional chairman Tan Sri Muhyiddin Yassin also made a similar call, adding that the scandal involving losses in the billions of ringgit had also affected the Navy’s ability to keep the country’s territorial waters secure.

He said they must be esteemed individuals and must be “independent” without politicians who have certain “interests”.

PAC chairman Wong Kah Woh said the key report related to the LCS scandal must be fully declassified, unlike what was done with the report for another project where important information was redacted.

“The PAC would like to remind the government that the decision to declassify the report has to be implemented fully, unlike what was done with the Investigating Committee on Procurement, Governance and Finance (JKSTUPKK) report on the AES project, where key information was redacted on the pretext of protecting the government’s interest,” he said in a statement.

The PAC welcomed the Cabinet’s decision to accept its recommendations pertaining to the LCS scandal.

The two recommendations include the declassification of the report by the JKSTUPKK headed by Ambrin and for the MACC to act immediately on the findings of the said report, along with that of the PAC report as well as the forensic audit, and to prosecute wrongdoers.- The Star