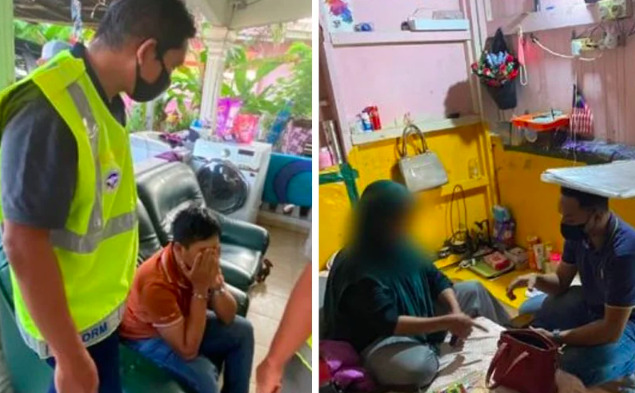 During a raid in Kampung Sungai Udang in Klang on Tuesday, police said they freed six trafficking victims from forced labor. All of the victims were foreigners.

The police also detained four suspects, including a foreign couple as well as another man and woman. The suspects range in age from 38 to 43.

According to a police statement, the six victims, who ranged in age from 24 to 44, were tricked by an employment agent into working excessive hours at a cement mill.

Police said they had been lured from overseas with offers of well-paying jobs at the factory.

“However, upon arriving, costs for travel and passports were deducted every month from their salaries and they were forced to work long hours to pay off this ‘debt’,” South Klang district police chief Cha Hoong Fong said.

“The agent had also confiscated their passports and, despite being promised work permits, they were forced to work without valid documents.”

Cha said the case is being investigated under Section 44 of the Anti-Trafficking in Persons and Anti-Smuggling of Migrants Act 2007. He urged the public to report any such cases to the police.

M’sia to strengthen ties with Japan