Syed Saddiq hopes no delay in disbursement of allocation for eSports 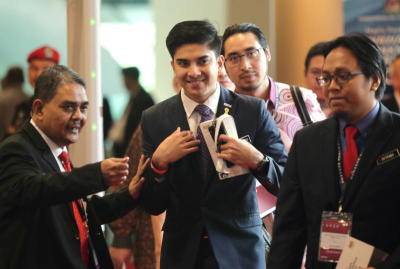 KUALA LUMPUR: Syed Saddiq Syed Abdul Rahman hopes that the government will not delay disbursement of allocation for eSports development under Budget 2020.

The Youth and Sports Minister made the call in Parliament after revealing that his ministry had just received only part of the allocation for eSports under Budget 2019 last October.

“A special fund of RM10mil was announced under the budget last year for eSports but it was disbursed to another agency and not to the Youth and Sports Ministry.

“Finally, only this week, RM5mil was approved for Malaysian Digital Economy Corporation (MDEC) and another RM5mil for the ministry,” he said when answering a supplementary question raised by Datuk Seri Nancy Shukri (GPS-Batang Sadong) in Dewan Rakyat on Thursday (Oct 10).

“I hope we will receive our funding from Budget 2020 earlier, ” he added.

Earlier, when answering a question by Wong Shu Qi (PH-Kluang), Syed Saddiq said that the ministry aims to launch an eSports Blueprint this November.

He said the blueprint, would among others, standardise eSports cafe licences.

He cited examples where differing local council regulations had made it difficult for eSports operators in Melaka and Muar to obtain licences.

He said this maybe be due to the lack of distinction between licences for cybercafés and eSports cafés.

“There are states that have taken the initiative to change their laws to make it easier for eSports cafe operators to obtain their licences.

“When the eSports blueprint is tabled in the first week of November, this matter will be discussed more clearly, ” he added.

Syed Saddiq also told lawmakers that RM100mil had been invested by a company to develop eSports, which has since created 300 high-end jobs. – The Star