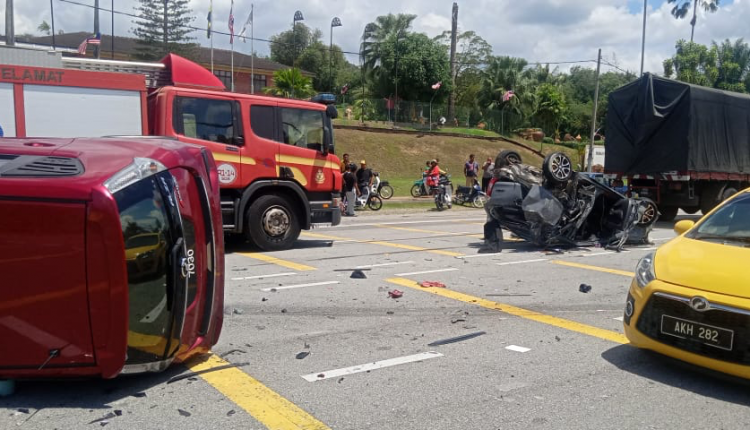 IPOH: One person was killed and seven others injured in an accident involving four vehicles, including a lorry, in Sungai Siput.

A Fire and Rescue Department spokesman said the accident happened in front of a soy sauce factory.

He said the department received a distress call at 1.53pm Friday (Sept 2) about the accident, which involved three cars and a lorry.

“A family of five, including three children, in one car were injured.

“One of the two female occupants of another car – an 18-year-old – died, while the other was injured.

“Another man in a sedan was also injured, while the lorry driver escaped unhurt,” he said.

He added that the injured victims were given preliminary treatment at the scene.-The Star