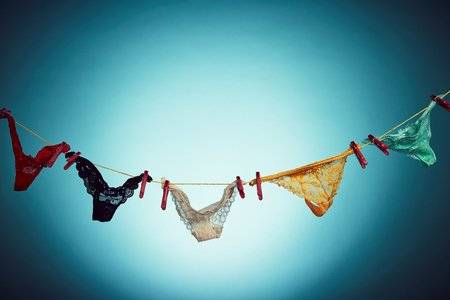 TOKYO (ANN): A nanotech professor in one of Japan’s top universities was arrested for stealing underwear he saw hanging outside a residence last Sunday, Nov 17.

Seimei Shiratori, a 56-year-old professor from Keio University, allegedly took the pair of bra and panties hanging outside for drying in someone’s first-floor balcony as per the Asahi Shimbun report via Sora News 24 yesterday, Nov 20.

The husband of the owner’s undergarments reportedly saw Shiratori mid-act and shouted “Thief!” The panty thief then fled the scene and ran along the streets of Ichikawa City. As per the report, he was eventually picked up by the police a few hundred meters away.

A police report also confirmed that the professor took the wet undergarments worth ¥400 (RM15.34) as Shiratori confessed to the crime.

“There is no question I stole [the] underwear, ” Shiratori said.

The man is a professor at the Department of Applied Physics and Physico-Informatics at Keio University, one of the oldest private universities in Japan. He is also the founder of Shiratori Nanotechnology.

Keio University issued a statement after the event: “It is very regrettable that one of our faculty members was arrested. We are currently confirming the facts and will take strict measures.” – Philippine Daily Inquirer/Asia News Network

Delay in SPM Chemistry exam due to shortage of question papers