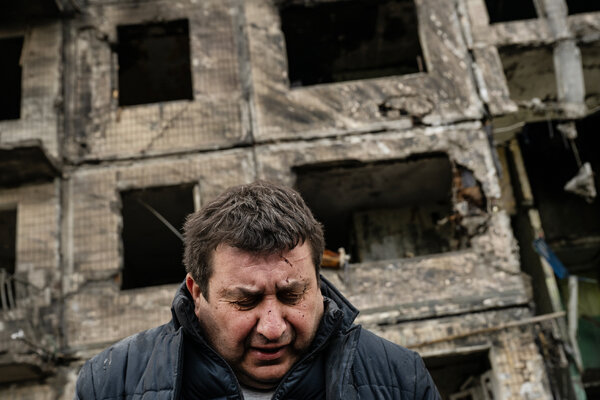 WASHINGTON: The World Bank on Monday approved nearly US$200 million in additional and reprogrammed financing to bolster Ukraine’s support of vulnerable people as Russian forces continued the biggest attack on a European state since World War Two.

The funding comes on top of US$723 million approved last week and is part of a US$3 billion package of support that the World Bank is racing to get to Ukraine and its people in coming weeks.

World Bank President David Malpass told a virtual event hosted by the Washington Post that the bank hoped to finalize the US$3 billion package within six to eight weeks.

“The magnitudes are astronomical,” he said of Ukraine’s needs, adding that the rebuilding effort would involve highways, bridges and other major infrastructure.

“That amounts to tens of billions of dollars,” he said.

To help Ukraine now, the bank was bringing forward “as much cash as we can,” Malpass said. He said it was also working on specific projects to help Ukrainians, some of whom were now living in Poland and elsewhere, under the US$3 billion package.

“Our immediate focus right now … is how do we help the people that are under attack at the moment?”

Malpass later met with Polish economy minister Piotr Nowak and told him the World Bank was ready to support Poland through financing and advisory services as it grapples with an influx of Ukrainian refugees.

The two leaders also discussed the impact of the Russian invasion of Ukraine on the global economy, including vulnerabilities related to food inflation and insecurity and surging energy prices, the World Bank said.

Separately, it said Austria had provided 10 million euros (US$11 million) for a multi-donor trust fund set up by the World Bank to facilitate channeling grant resources from donors to Ukraine. That brought the total amount in the fund to US$145 million, the bank said.-REUTERS

Umno assembly expected to focus on GE15, performance of Umno, BN and future of Muafakat