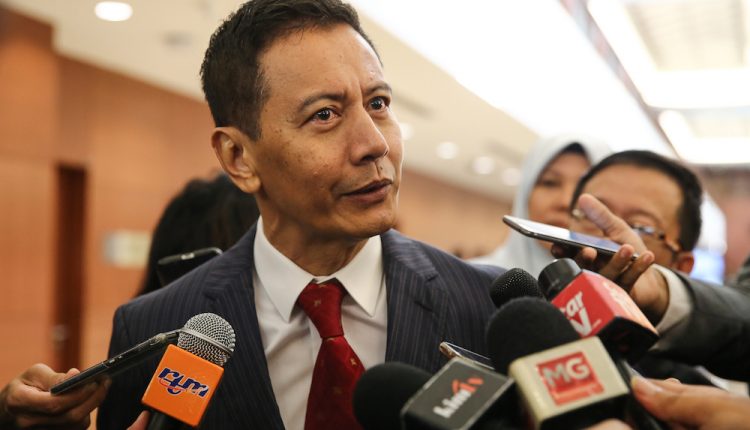 PUTRAJAYA: While candidates in the Tanjung Piai by-election can be individuals of 18 years and above, they, however, will not be able to vote for themselves.

Neither can their voters who have not reached 21 years of age, despite the law to lower the age of those eligible to cast ballots was passed in July.

“It is because this has not been enforced,” Election Commission chairman Datuk Azhar Azizan Harun said, without elaborating.

He said candidates could be 18 and above after the amendment of the Federal Constitution had been gazetted.

“In accordance to the gazette and to the Bill that was passed (by Parliament), they (individuals aged 18 and above) are able to become candidates,” he said after announcing the dates for the Tanjung Piai by-election.

The EC has fixed Nov 16 for polling. Nomination day is Nov 2.

Malaysians who are 18 years old are not able to vote in the by-election.

Azhar said the EC would be engaging with political parties to discuss the provision of the law which now allows those 18 and above to become election candidates.

“It was a by-partisan initiative in Parliament. We will sit down together to discuss what was passed and gazetted,” he said.

The amendment to Article 47 – to lower the age of a citizen qualified to be a member of the House of Representatives from 21 to 18 – and Article 119 of the Federal Constitution to lower the eligible voting age to 18, received the Royal Assent on Sept 4 and was gazetted on Sept 10.

On July 16, the Dewan Rakyat passed the Bill for these amendments with a total of 211 votes.

The Bill required a two-thirds majority of at least 148 votes from the 222-seat Dewan Rakyat to amend Article 119 and Article 47 of the Federal Constitution.

On the Tanjung Piai by-election, Azhar said that early voting would be held on Nov 2 involving 280 voters.

Regular voters in this constituency total 52,698.

There will be 1,019 election workers on duty at 28 polling centres with 127 polling streams to be made available.