7 stages of stroke recovery: Why home rehabilitation is important 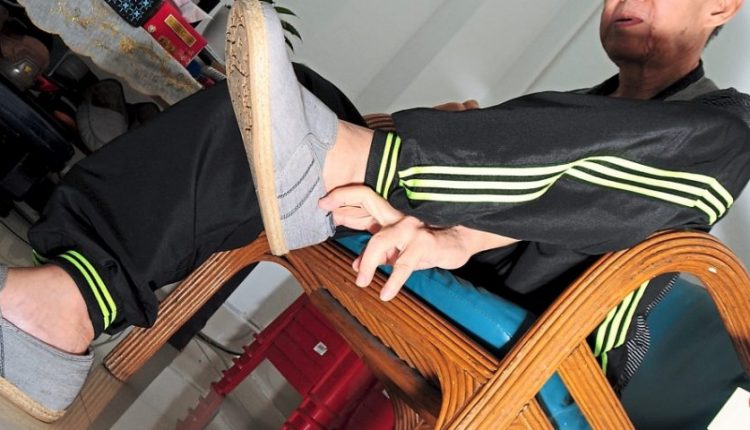 Stroke or a cerebral vascular accident (CVA) was the third leading cause of death in Malaysia in 2018, according to the Department of Statistics. The department reported that stroke caused 7.1% of all deaths in the country. However, two-thirds of those who have a stroke actually survive and will require rehabilitation.

The objectives of rehabilitation are to help survivors become as independent as possible and to attain the best possible quality of life. It is crucial as stroke survivors can lose the function of their affected limbs without rehabilitation, something we have observed in real life.

Even though the function of a stroke survivor’s affected limbs may seem lost after the stroke, our brain possesses a trait called neuroplasticity that can help the survivor regain the limb’s function.

However, the extent for neuroplasticity varies in each individual. So, even though rehabilitation does not “cure” the effects of stroke, in that it does not reverse brain damage, rehabilitation can considerably help survivors achieve the best possible outcome in the long run.

Levels of disabilityStrokes happen when a blood clot or bleeding (haemorrhage) restricts the blood supply to the brain, resulting in the brain being deprived of oxygen, which leads to the death of brain cells.

Usually, it is only one part of the brain that is damaged and this affects the type and degree of disability the survivor will experience. This also influences how much rehabilitation can help the survivor.

Generally, stroke can cause five types of disabilities:
• Paralysis, or problems controlling voluntary movement
• Disturbance of the senses, including pain
• Problems using or understanding language
• Problems with thinking and memory
• Emotional disturbances

It is also imperative to know the severity of the stroke before deciding on the rehabilitation plan. There are seven recognised stages of stroke recovery through which most survivors progress through:

• Stage 2 – Spasticity appears: Spasticity refers to the continuous contraction of muscles, which interferes with normal movement, speech and gait, and causes the arm or leg to make small involuntary jerky movements.

• Stage 4 – Decreased spasticity: Spasticity of the arm or leg decreases and the limb begins to move more easily.

Each stage requires different types of approaches and exercises for rehabilitation.

However, the most important members of the team are the patient and their caregivers. This is as rehabilitation should be done daily at home, not just during therapy appointments.Battling stroke disabilities is not as simple a remedy as taking a pill from the doctor or attending a session with the therapist for an hour a week. It requires compliance to medication and the continuous effort to practice the therapies repetitively with strong determination!

Contrary to common belief, stroke rehabilitation can be offered in any setting without sophisticated equipment or technology.

The American Heart Association recommends that stroke survivors perform aerobic exercises three to seven days per week, as well as strengthening, flexibility and neuromuscular exercises two to three days a week, for the rest of their life.

Training at home, in a familiar environment, by adapting and using utensils or tools at home is more meaningful than the therapeutic remedial therapy received at institutionalised centres.

For instance, toilet training at a hospital ward is not as useful as toilet training in your own home, as you will eventually be going home and using that toilet, rather than the hospital’s toilet.

After all, the ultimate goal of rehabilitation is to promote optimal functional independence in the survivor’s own living environment.

Besides, providing therapy in the home environment supports continuity of care, provides a relevant environment for daily function, and encourages patients to develop problem-solving skills.

Some of the other benefits of home rehabilitation for stroke include:
• Early discharge from the hospital to return to the comfort of your own home.
• Avoiding hospital-acquired pneumonia and other illnesses due to a shorter stay.
• Reducing the cost of care.
• Preventing deterioration and promoting health through physical activity.
• Preventing falls, which are common among older patients and can cause additional long-term disability.

The main barriers towards rehabilitation in stroke are a lack of motivation and apathy towards recovery. Most stroke survivors stop coming for their treatment regime after a period of rehabilitation because they do not see any significant improvement.

Over a period of time, they will begin to learn helplessness and compensate themselves – mostly incorrectly – for their abnormal postures and movement, leading to non-compliance in rehabilitation.

Matthew Teo Yong Chang is a lecturer in the School of Occupational Therapy at the Perdana University Graduate School of Medicine. This article is courtesy of Perdana University. For more information, email starhealth@thestar.com.my. The information provided is for educational and communication purposes only and it should not be construed as personal medical advice. Information published in this article is not intended to replace, supplant or augment a consultation with a health professional regarding the reader’s own medical care. The Star disclaims all responsibility for any losses, damage to property or personal injury suffered directly or indirectly from reliance on such information. -The Star