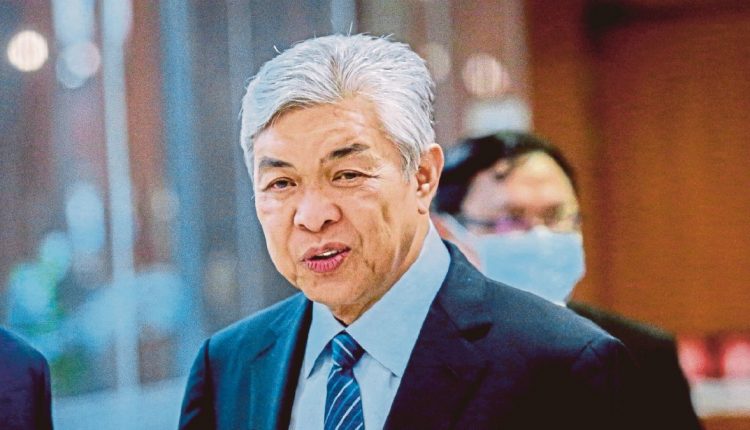 Ahmad Zahid, who is also Umno president and chairman of Barisan Nasional (BN), said his party agreed to the cooperation as long as it had elements of defending Islam, Malay special rights, status of Bahasa Melayu as the national language and the sovereignty of the Royal Institution.

He said the the elements were the prime concern of Barisan when negotiations were held with Pakatan Harapan (PH).

“When the agreement was signed by the various (political) parties, the matter was never compromised, and was even deemed as the first foundation of the agreement not only for now, but for the long term,” he said on the special interview programme ‘Jawab, Saya Tanya!’ entitled ‘Political Reconciliation: What’s in it for the Country? which was broadcast live on the Facebook and YouTube pages of NRChannel TV, on Tuesday (Dec 27) night.

Meanwhile, Ahmad Zahid said following the 15th general election (GE15) results, Umno and Barisan were better off with Pakatan for their long-term struggle.

“In short, the (Umno) supreme council decided that with PN (Perikatan Nasional), there would be more harm as they could contest in the same areas we (Umno) contest….areas with large numbers of Malay voters.

“We will surely fight in the same arena. We see from the aspect of political analysis and we conducted several projections that there was a huge potential for us to win back the areas in which we lost votes, we can regain the potential,” he added.

On being together with Pakatan, he said coalitions in the unity government need to move forward and work as a team as long as they were united in thoughts, values and deeds.

Ahmad Zahid also said that Prime Minister Datuk Seri Anwar Ibrahim agreed to seek similarities in the manifestos of all parties in the unity government so that their cooperation would benefit the people.

According to him, Umno and Barisan’s aim is to create political stability and ensure the people’s prosperity within the new national political alignment.

Ahmad Zahid added that he would explain in further detail to Umno members about the new political landscape in the country through a policy speech during the Umno general assembly scheduled to take place from Jan 11 to 14.-BERNAMA

KLCI down in sync with regional bourses at midday

Ringgit opens slightly lower against US dollar amid geopolitical concerns